INTRODUCTION
Acute mountain sickness is the most prevalent illness related to acute exposure to high altitude, secondary to the hypobaric hypoxia effects in our body. Acetazolamide has been traditionally used for its prevention and treatment, however, there is still controversy regarding the degree of usefulness of this medication as monotherapy.

RESULTS AND CONCLUSIONS
We identified a systematic review that included two primary studies, both corresponding to randomized trials. We conclude that it is not possible to establish clearly whether treatment with acetazolamide reduces the symptoms of acute mountain disease or increases the risk of adverse effects, because the certainty of the existing evidence has been evaluated as very low.

For the prevention and treatment of this syndrome, a series of non-pharmacological and pharmacological measures have been used. One of them is acetazolamide, which inhibits the carbonic anhydrase enzyme at the renal level and causes urinary bicarbonate excretion and metabolic acidosis. Its effect triggers compensatory hyperventilation and respiratory alkalosis, which promote the physiological response to the hypoxic stimulus. Despite being traditionally used, there is still controversy about the usefulness of acetazolamide as a treatment for acute mountain sickness[1]. 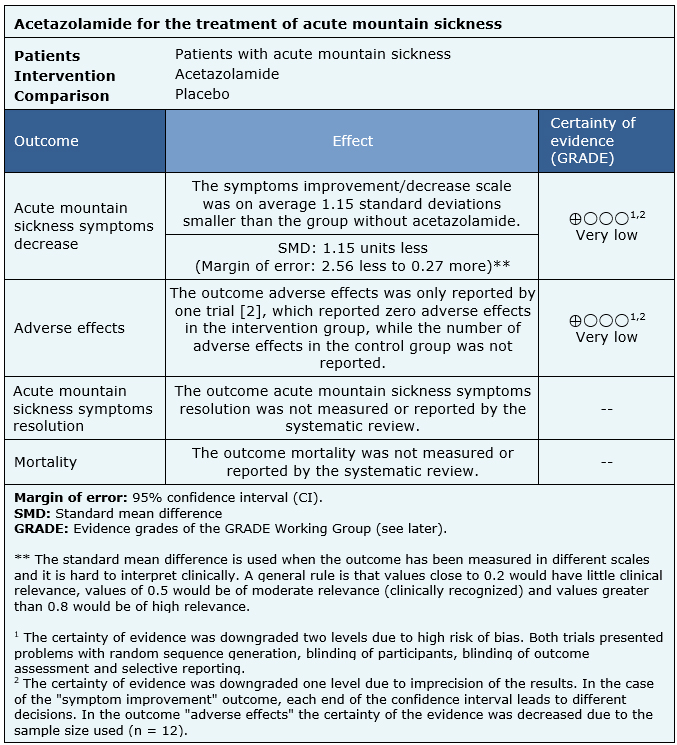 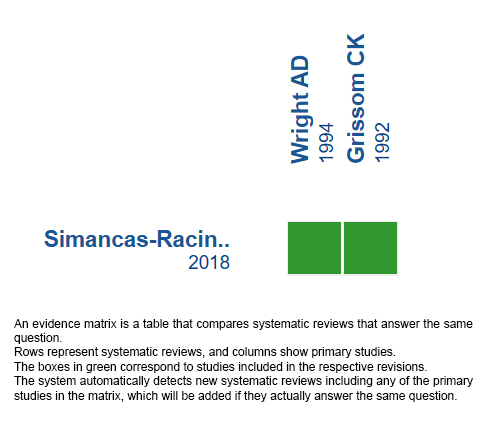