A few weeks ago, I came home in the afternoon and found Santuzza, my 2-month-old, German Shepherd puppy, with seizures and running around the driveway, bumping into walls and other dogs. She was disoriented, ill and foaming   at the mouth.

There was vomit and loose stools everywhere. I was aghast and acted immediately. I put the puppy in the car and took her to the best veterinarian center in the city. It has specialist emergency care and is one of the teaching hospitals of the main veterinarian school of the country. She was admitted on the spot. Hypoglycemia was ruled out to begin with, together with canine distemper and other age-appropriate conditions.

Doubt settled in: what is it that caused these neurological and gastrointestinal manifestations? A vet friend suggested we look into the possibility of an intoxication by organophosphates or methaldehyde. Alas, the dog had not been exposed to any of those substances. As we fretted over her survival, we wondered what on earth had caused this.

My gardener said he had seen some nuts in the dogs’ stools (we have three puppies, same age, same breed) consistent with the seeds of our Gingko biloba.  Back in his rural home, he added, people say that when animals eat these seeds they become “dizzy”.

With this information, I searched in PubMed with the free text words “intoxication” and “Gingko”. Lo and behold! Three case reports popped up in humans with the same clinical manifestations as my puppy Santuzza, and with a subsequent favorable course  [1],[2],[3]. Right away, I went to see the attending vets, we went over the case, the dog was treated accordingly and is now fully recovered (Figures 1 and 2). 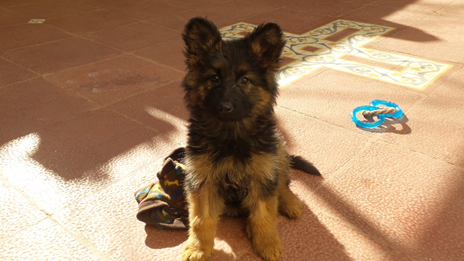 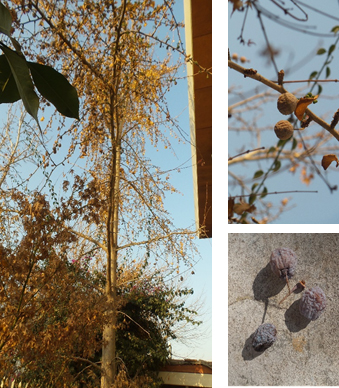 Figure 2. The Gingko biloba tree and its seeds and nuts.

Many times, doctors have to deal with bizarre, out-of-the-ordinary clinical cases. They don´t always find background information in medical textbooks, so they have to go to databases such as MEDLINE/PubMed. Yet, case reports are the poor cousin of evidence-based medicine. More so, they lie at the base of the evidence pyramid, just over expert opinion. However, for more than a decade, we are aware that depending on the type of question we have, we will have to look for the right kind of evidence that more fully responds to our query [4]. When facing a patient with obscure clinical manifestations, we will need to know whether others have reported something similar, because this could help us treat our patients better by making more informed decisions.

In the Journal, we get quite a lot of case report submissions, and we generally accept them for publication. Not always do they refer to exceptional situations such as the one that affected my puppy – often they are just interesting run-of-the-mill cases that with a proper literature review provide the opportunity to refresh knowledge put away in a back drawer. We value these contributions as well. However, reporting standards must be ensured, which is why we endorse the use of reporting guidelines. For case reports, the applicable guideline would be CARE [5] (Figure 3). 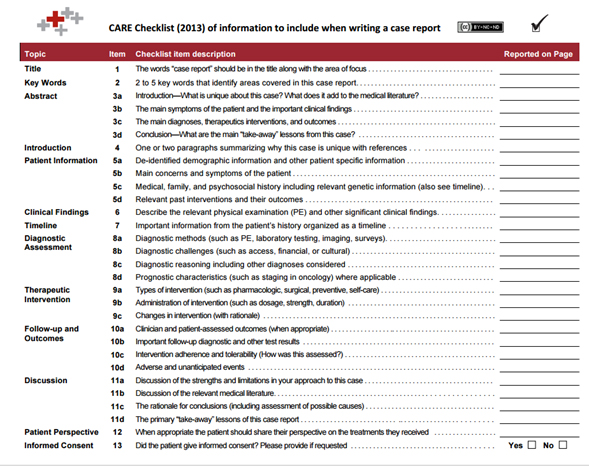 This month we are pleased to publish two case reports [6],[7]. Medical colleagues, particularly those who work in teaching hospitals, have told me that they have many clinical cases that they would like to submit for publishing. Generally, they lack the time to do so.

Medwave invites doctors to send us their best clinical cases, following CARE guidelines when writing out their manuscripts. After my own experience with Santuzza, I have developed a renewed appreciation on the importance of publishing case reports, even when they may lie at the bottom of the biomedical publications and evidence ecosystem. This way we all contribute as the following video How wolves change rivers beautifully shows.

Maybe, case reports are the wolves of medicine…