Effective today, the Epistemonikos summaries will begin to appear in a Medwave supplement. This will allow you, the readers, to update more easily on the news from this section. In turn it will make it possible for us, the editors, to provide a summary of the most relevant aspects and, in addition, why not also thoughts or digressions.

This first supplement (DOI: 10.5867/medwave.2015.6226.6198) (or click here to see the supplement cover page in English) addresses six different questions, altogether grouping 36 systematic reviews and well over a hundred randomized controlled studies. The variety of topics provides a glimpse as to how the different clinical teams currently producing such summaries have started to gain momentum. Variety is also to be appreciated in the conclusions: some draw conclusions which are to be expected, others are more unexpected; some confirm what we already knew, whereas others contradict these findings; and while some challenge the knowledge we believed firmly established, others reaffirm our understanding.

Digitalis for heart failure [1] (DOI: 10.5867/medwave.2015.6149)
Some already distant 15 years ago, I learned in medical school that digitalis improves symptoms, yet does not affect the risk of death in patients with heart failure. This conviction withstood unchanged throughout my training as an internist, as well as during my 10 years as a clinician treating patients with this condition. Neither did the first Epistemonikos summary published in early April make much of a dent in this conventional wisdom carved in stone [2]. However, it blew with a bang with the summary update that appears in this first supplement and which includes two new systematic reviews that conclude digoxin could actually increase mortality. Our conclusion differs slightly from that of the reviews, given that we prefer to emphasize the uncertainty regarding whether digitalis reduces or increases mortality; however, the lack of new research in this area is undoubtedly discouraging.

Addition of azathioprine to corticosteroid treatment in polymyositis [3] (DOI: 10.5867/medwave.2015.6179)
The use of azathioprine in this relatively rare condition is another dogma picked-up years ago and that few would dare challenge. One cannot but be amazed at the existing set of evidence, amounting to a meager randomized study dating back more than three decades. It is not surprising therefore that the conclusion is that there is uncertainty about whether the inclusion of azathioprine treatment indeed improves muscle strength in polymyositis. The level of certainty from the evidence is very low.

Converting enzyme inhibitors or angiotensin receptor antagonists for heart failure [4] (DOI: 10.5867/medwave.2015.06.6177)
For followers of studies with bombastic names and for those who are wowed by articles published in glamorous journals, this is a doubt lived with now for 20 years. The final result, 5201 patients later, appears to be a dead heat: both drugs probably have the same effect on mortality and may be also equivalent in their effect on the risk of requiring hospitalization. The converting enzyme inhibitors show a lower patient adhesion to treatment owing to mild adverse effects, and angiotensin receptor antagonists are associated with a higher cost. In fact, of the four main guidelines that were selected for comparing the summary conclusions with other sources, two lean toward one option, and the other two toward the other, and based on very similar evidence. As is so often the case, the evidence is necessary but insufficient for making decisions, and this point is addressed in the other considerations for decision making section of the summary.

Carvedilol versus other beta-blockers in patients with heart failure [5] (DOI: 10.5867/medwave.2015.6168)
Beta blockers reducing mortality in heart failure is something that nobody in their right mind would dare question. However, much has been written about which could be the best alternative. The Epistemonikos summary attempts to settle this dispute by making the three most clinically relevant comparisons: Is carvedilol superior to other "evidence-based beta blockers? Is it better than its classic competitor, metoprolol? How does it compare to nebivolol, the new kid on the block? In conclusion, there would be little or no difference among the various beta blockers, although carvedilol could reduce mortality when compared with metoprolol or bisoprolol. Additionally, there is uncertainty regarding whether nebivolol could constitute an alternative. Yet again, the certainty concerning the evidence is very low. There is no choice but to keep a watchful eye for future studies attempting to resolve this controversy.

Chewing gum for speeding recovery after abdominal surgery [6] (DOI: 10.5867/medwave.2015.6162)
This question is an eye-opener (or mouth-opener) for those who are not familiar with the considerable amount of evidence accumulated to answer this very issue: a total 18 systematic reviews which included 81 randomized studies led us to conclude that chewing gum probably reduces hospitalization time following abdominal surgery. Albeit in absolute terms the benefit varies according to the type of surgery, it constitutes a simple low-cost measure with no significant side effects, and therefore it is likely that most patients and their attending physicians will be inclined to include this flavorful intervention in their postoperative prescription.

Adding vancomycin in powder form for antibiotic prophylaxis in spinal surgery [7] (DOI: 10.5867/medwave.2015.6160)
To continue with surgical topics, this overview summarizes the findings from six systematic reviews. While these include 16 relevant studies, only one is a randomized study. The conclusion is that the use of vancomycin probably does not reduce the risk of infection in low-risk surgeries, but there is uncertainty concerning the effect in populations or surgeries with an increased risk, due to the very low certainty of the evidence. Those interested in this question may have been baffled to see a new systematic review published just a few weeks after the appearance of the first version of the Epistemonikos summary [7]. Fortunately for them, the update, which also appears in this supplement, does not change the conclusions.

Vitamin C for preventing complex regional pain syndrome following limb trauma surgery [8] (DOI: 10.5867/medwave.2015.6184)
This is another simple and inexpensive intervention that could prevent this particularly bothersome surgical complication. Sadly, there is uncertainty concerning its usefulness, given the low level of evidence certainty.

Confidence, curiosity, anxiety, or despair?
Certainly the evidence summarized in this supplement will lead to mixed reactions among readers. Below, in a 2x2 table, we propose a simple guide on how an evidence-based clinician should feel based on the evidence and the conclusions provided, combining the certainty of the evidence and the existence or not of studies that could shed new light on the matter in the near future. This last point is presented at the end of each summary. 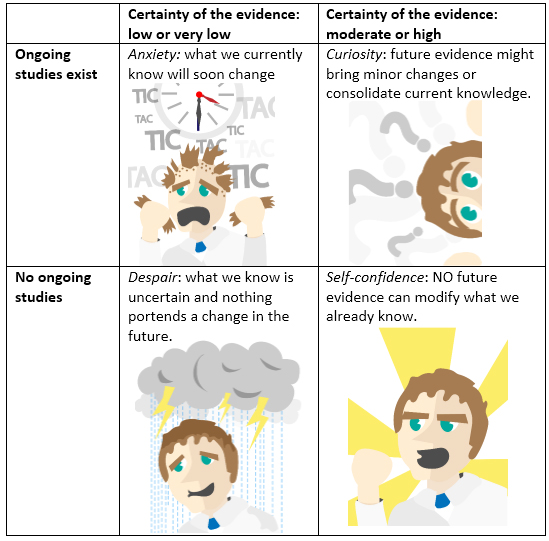 Table 1. How an evidence-based clinician should feel.

By applying the table, we were confident on a couple of occasions (converting enzyme inhibitors versus angiotensin receptor antagonists, vancomycin), somewhat curious in another two (carvedilol versus other beta blockers, and chewing gum), and simply in despair far beyond what we would have liked (digitalis, azathioprine, vitamin C). What is certain is that the evidence will continue to advance at an unprecedented rate, and that the Epistemonikos summaries offer a reliable and rigorous way of carrying out evidence-based clinical practice.

Meneses C, Rada G. What are the effects of adding azathioprine to corticosteroids in polymyositis? Medwave. 2015;15(Suppl 1):e6179. | CrossRef | PubMed |