Noradrenaline or terlipressin for hepatorenal syndrome?

Hepatorenal syndrome is a condition associated with very high mortality that may be reverted in some cases with vasoconstrictors. Terlipressin has generally been considered standard treatment, but noradrenaline has been postulated as alternative. Searching in Epistemonikos database, which is maintained by screening 30 databases, we identified six systematic reviews including four pertinent randomized controlled trials. We combined the evidence using meta-analysis and generated a summary of findings following the GRADE approach. We concluded noradrenaline and terlipressin probably have similar effects on reverting hepatorrenal syndrome and decreasing mortality, but noradrenaline is associated with less adverse effects, and has lower costs.

Hepatorenal syndrome is a condition associated with very high mortality. It is caused by intense renal vasoconstriction consequence of systemic and portal hemodynamic disturbances, particularly splacnic system vasodilation. Intravascular volume expansion and prolonged treatment with vasoconstrictors can revert kidney failure in some patients. Terlipressin improves renal function and decreases mortality, however it has frequent adverse effects, high cost, and it is not widely available. The use of alternative vasoconstrictors has been proposed, such as noradrenaline, which is widely available and has a lower cost.

The information on the effects of noradrenaline compared to terlipressin is based on four randomized trials including 154 patients. All studies reported the outcomes: mortality, hepatorenal syndrome reversal and adverse effects. 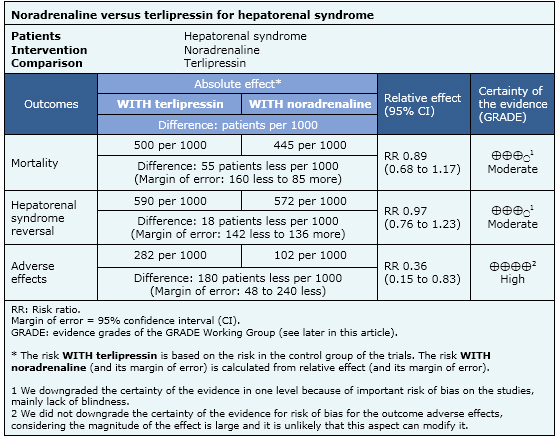 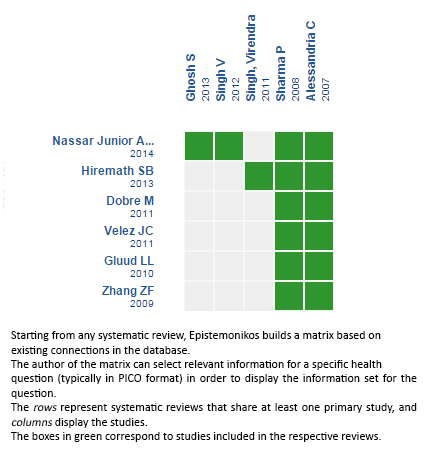