HIV infection is a worldwide epidemic. Antiretroviral therapy has dramatically changed the outcome of the disease but there is still controversy about the best time to initiate it, especially in patients with CD4 counts over 350 cells/µL. Searching in Epistemonikos database, which is maintained by screening 30 databases, we identified two systematic reviews including four pertinent randomized controlled trials overall. We concluded early initiation of antiretroviral therapy probably reduces mortality, risk of opportunistic infections and tuberculosis, but increases the risk of important adverse effects. 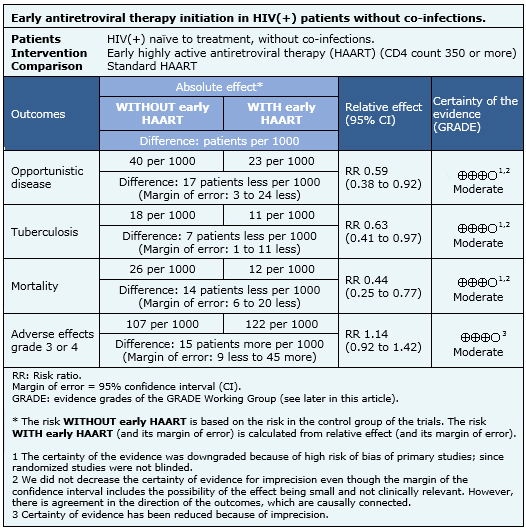 Follow the link to access the interactive version: Early initiation of antiretroviral therapy in HIV-infected adults without coinfection