Upper gastrointestinal bleeding constitutes a medical-surgical emergency given its important associated morbidity and mortality. The antifibrinolytic tranexamic acid might help stopping bleeding, but controversy remains about its role in this setting. Searching in Epistemonikos database, which is maintained by screening 30 databases, we identified five systematic reviews including eight randomized trials. We combined the evidence using meta-analysis and generated a summary of findings table following the GRADE approach. We concluded tranexamic acid probably decreases rebleeding and mortality, without increasing thromboembolic adverse effects in patients with upper gastrointestinal bleeding.

Acute upper gastrointestinal bleeding is a common condition in emergency departments and critical care units. Most cases are self-limited, but there is a percentage of patients close to 30% in which bleeding persists or recurs, leading to high morbidity and mortality [1].

Tranexamic acid, an antifibrinolytic that reduces fibrin degradation assisting in the formation of blood clot, has been postulated among treatment options. This drug has proven effectiveness in trauma patients, but its role in upper gastrointestinal bleeding is not yet clearly defined. 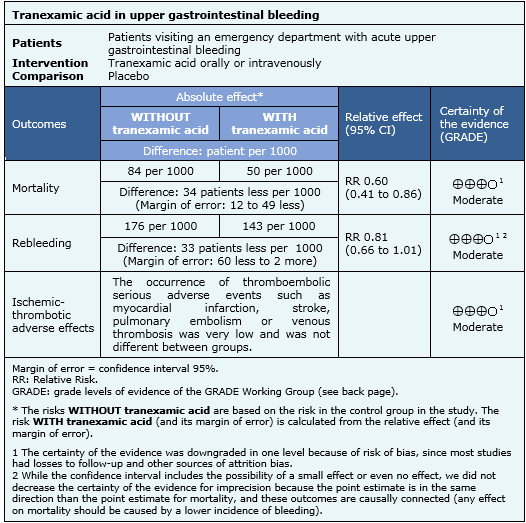 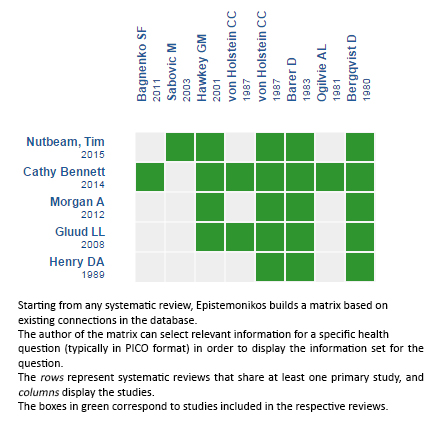