Beta-blockade in patients undergoing noncardiac surgery has been widely recommended as a way to reduce cardiovascular adverse events during the perioperative period. However, studies have shown contradictory results. Searching in Epistemonikos database, which is maintained by screening multiple databases, we identified 22 systematic reviews comprising 131 studies addressing the question of this article, including 112 randomized trials. We combined the evidence using meta-analysis and generated a summary of findings following the GRADE approach. We concluded perioperative use of beta-blockers in patients undergoing noncardiac surgery, although probably decreases the risk of myocardial infarction, increases the risk of stroke and total mortality.

The increase of catecholamines that occurs during noncardiac surgery [1] causes an elevation of blood pressure and heart rate [2],[3],[4], which contributes to the occurrence of cardiovascular adverse events. Beta-blockers suppress the effect of the rise of catecholamines, thus it is thought its administration during perioperative period could prevent these events. Initial studies showed very promising results, which led this intervention to be widely recommended for a wide range of patients undergoing noncardiac surgery. However, further trials not only cast doubts about the benefits of administering beta-blockers during the perioperative period, but also warned of possible adverse effects such as stroke, hypotension and bradycardia, among others. Furthermore, some trials on which previous recommendations were based, have been questioned due to scientific misconduct of their authors. For all these reasons, the decision whether or not to use this intervention is debated up to this day. 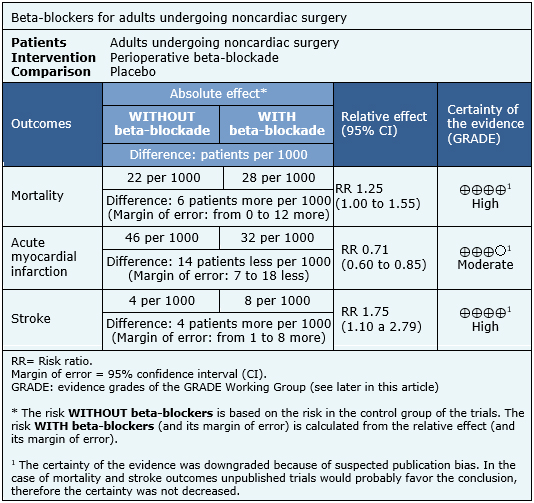 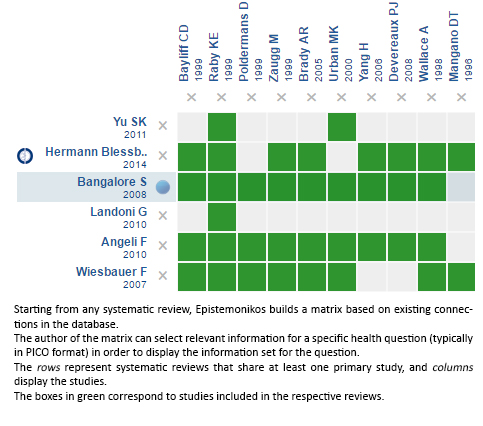