Idiopathic pulmonary fibrosis has an ominous prognosis and there are virtually no effective therapies. It has been suggested that pirfenidone, an antifibrotic agent, could change its course. Searching in Epistemonikos database, which is maintained by screening multiple databases, we identified 13 systematic reviews comprising nine trials addressing the question of this article, seven of which are randomized and whose results were analyzed in this summary. We combined the evidence using meta-analysis and generated a summary of findings following the GRADE approach. We concluded pirfenidone decreases disease progression and mortality in idiopathic pulmonary fibrosis. Although it is associated with frequent gastrointestinal and cutaneous adverse effects, these are generally not severe.

Idiopathic pulmonary fibrosis is a disease of low frequency and of uncertain etiology [1]. Its prognosis is similar to lung cancer and until the last decade no intervention had demonstrated survival benefits [2]. After diagnosis, survival decreases rapidly and several factors, including exacerbations, time to disease progression and deterioration in respiratory function are associated with poor prognosis [3],[4].

Pirfenidone [5-methyl-1-phenyl-2- [1H] -pyridone) is an oral antifibrotic, antioxidant and anti-inflammatory drug whose mechanism is based on acting as a scavenger of free hydroxyl radicals (OH-) and superoxide anions (O-), leading to decreased cytokine production (TNF-alpha, IFN-gamma, IL-1Beta, IL-6) and inhibiting fibroblast proliferation [5]. In 1999 the first published trial showed improvement in functional capacity, exacerbations and survival, after which other trials have been conducted [6],[7], which led to the FDA's approval in 2014 for its use in the treatment of idiopathic pulmonary fibrosis [8]. 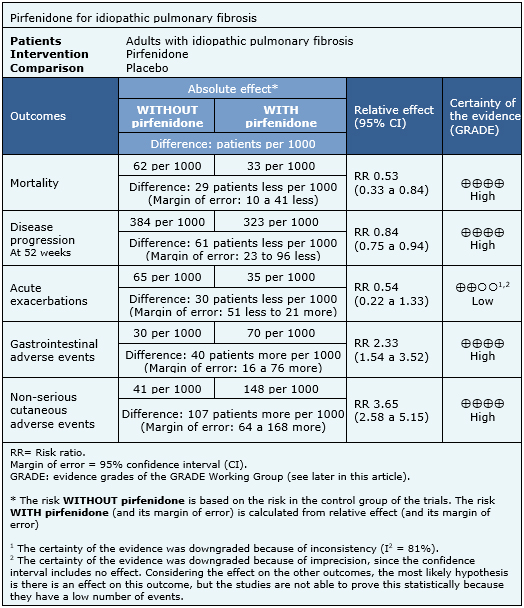 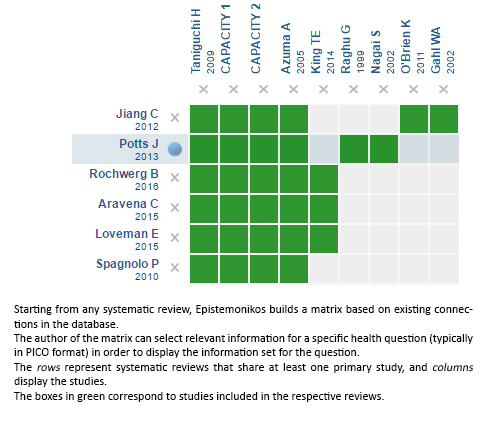