Ménière’s disease affects the inner ear and its main symptoms are vertigo, hearing loss and fluctuating aural symptoms. Nowadays, there are many therapeutic alternatives, being the use of intratympanic corticosteroids one that has become popular. To answer this question, we searched in Epistemonikos database, which is maintained by screening multiple databases. We identified four systematic reviews including 15 studies overall, of which seven were randomized trials. We extracted data and generated a summary of findings table using the GRADE approach. We concluded intratympanic corticosteroids probably do not decrease tinnitus, and might not decrease vertigo, hearing loss or aural fullness sensation in Ménière’s disease. Intratympanic corticosteroids probably do not cause important adverse effects.

Ménière’s disease affects the inner ear and it is characterized by episodes of recurrent vertigo, fluctuating sensorineural hearing loss and aural symptoms (such as tinnitus and aural fullness), being its main characteristic the fluctuation of its symptoms [1],[2]. The objective of the treatment is to reduce the intensity of the cardinal symptoms, to decrease the number of acute vertigo crises and to prevent the progression of the disease. Nowadays there are many therapeutic alternatives, including dietary sodium restriction, antivertiginous drugs, diuretics, intratympanic injection of drugs and even surgery. There is no consensus regarding the best intervention, nonetheless, one of the alternatives that has gained popularity in the last years is the injection of intratympanic corticosteroids [1].

Ménière’s disease is supposed to be an immunological disorder of the endolymphatic sac, with mechanisms involved at many levels. In this way, the injection of corticosteroids would have a role when absorbed towards the perilymph [1]. Its advantage would be achieving a higher concentration of corticosteroids in the inner ear, and avoiding adverse effects associated to systemic use. Also, it is a procedure that can be performed in an ambulatory setting [1]. However, there is a low risk of persistent tympanic perforation, dysgeusia, vertigo and pain; the latter two are generally self-limited [3].

The information regarding the effects of intratympanic corticosteroids in Ménière’s disease is based on four randomized trials that include 126 patients [7],[8], [12],[13]. All of the trials reported vertigo, hearing loss and tinnitus. Aural fullness was reported only by one trial [13] and the adverse effects were reported in two trials [7],[8]. 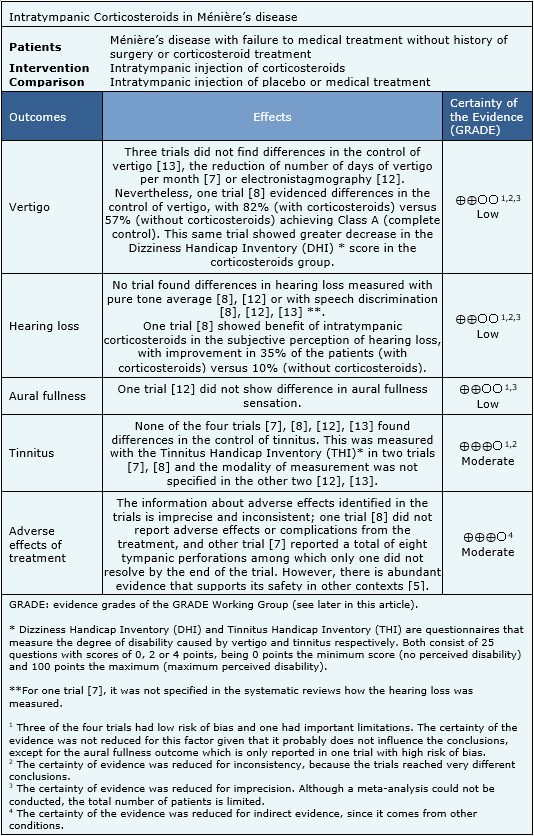 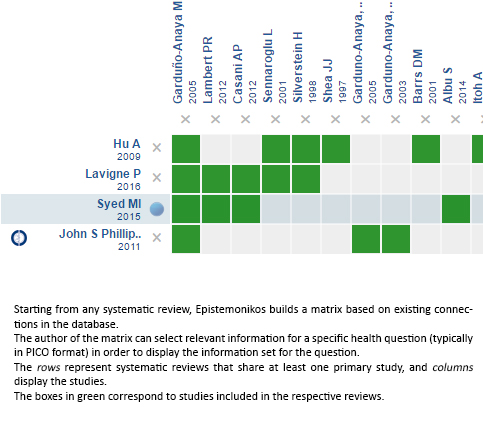