INTRODUCTION Wasting syndrome is a common problem in HIV. It leads to substantive morbidity and mortality. The use of cannabinoids has been suggested as a treatment for weight, but it is not clear whether they are really safe and effective.

METHODS To answer this question we used Epistemonikos, the largest database of systematic reviews in health, which is maintained by screening multiple information sources, including MEDLINE, EMBASE, Cochrane, among others. We extracted data from the systematic reviews, reanalyzed data of primary studies and generated a summary of findings table using the GRADE approach.

RESULTS AND CONCLUSIONS We identified eight systematic reviews including ten studies overall, of which six were randomized trials. We concluded it is not clear whether cannabinoids increase appetite or weight in HIV wasting syndrome because the certainty of the evidence is very low, and they probably lead to frequent adverse effects.

The high frequency of HIV-related wasting syndrome, defined as the involuntary loss of at least 10% of standard body weight associated with chronic diarrhoea or chronic fatigue and fever for at least 30 days, was observed at the onset of the human immunodeficiency virus/acquired immune deficiency syndrome (HIV/AIDS) epidemic [1]. This definition is no longer used, and the diagnosis is based mainly on the presence of significant, progressive or very fast weight-loss, which has led to various new definitions [2].
After the beginning of anti-retroviral therapy an important decrease of wasting syndrome cases was observed, but it still remains a common problem, estimated to affect up to 14-38% of patients [3].

Its relevance lies in its association to a greater risk of mortality [3] which makes important to look for treatment alternatives aimed to optimise the nutritional state [2].

It has been suggested the use of natural or synthetic cannabinoids would have a positive effect on appetite, weight gain and mood of adults with HIV/AIDS [4]. They would increase appetite through activation of CB1 endocannabinoid receptors at a central level. However, the real clinical effect of this treatment is still unclear [5].

However, none of the reviews identified was able to pool data from the trials into a meta-analysis, so the results are presented in a narrative form, based on the conclusions of the individual reviews. 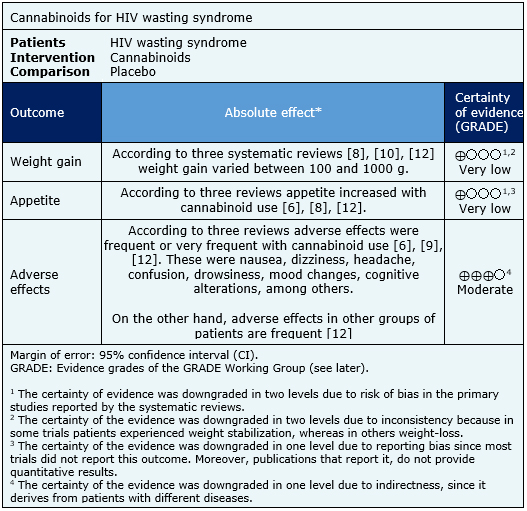 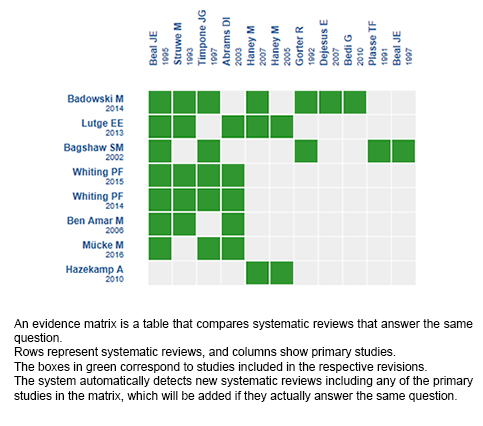