Introduction
Chronic diseases are on the rise and are associated with weight gain. Multidisciplinary strategies are required for its control.

Methods
The design was descriptive, observational and retrospective. The objectives of this communication were to describe the demographic and clinical characteristics and adverse reactions of overweight and obese people who were consumers of orlistat, attended by a call center during the period 2009 to 2017; and to identify the healthcare professional most consulted by them. The information was obtained from an existing database of a program of attention to people with overweight or obesity, interested in using orlistat (prospects) or users (patients). The study was carried out in Mexico and lasted seven years. The variables studied were demographic, clinical and adverse reactions.

Conclusions
The population most interested in weight control in this study was the female population (79.9%) and the age group from 32 to 45 years. The most consulted healthcare professional was the nutritionist. Only the body mass index (29.2 kilograms per square meter) of the subjects who developed 43 adverse reactions was obtained. There were 43 adverse reactions, the most common being abdominal pain and headache.

According to the results of the 2016 National Health and Nutrition Survey (ENSANUT), the prevalence of type 2 diabetes mellitus is 9.4%, hypercholesterolemia is 28.0% and high blood pressure is 25.5%[1]. These chronic diseases are on the rise and associated with being overweight.

An epidemiological alert with regard to the alarming overweight, obesity and type 2 diabetes mellitus rates was issued by the Ministry of Health[2] in 2017. The reported information is cause for concern:

As a result of this statement, there was an increased effort to control overweight, obesity and diabetes. The Ministry of Health urged people to be aware of the problem and encouraged self-care[2].

The Clinical Practice Guide for the Prevention, Diagnosis and Treatment of Overweight and Exogenous Obesity by the National Center of Technological Excellence in Health (CENTEC) recommends treatment with orlistat[4].

Orlistat is a reversible inhibitor of gastrointestinal lipids that prevents the absorption of fats by reducing caloric intake. It is used to treat obesity, for both weight loss and weight maintenance. It is also indicated for those with risk factors associated with obesity, such as hypercholesterolemia, type 2 diabetes mellitus, hyperinsulinemia, glucose intolerance, and high blood pressure. In addition, it is indicated for additional glycemic control for people with type 2 diabetes mellitus, who are overweight, obese, have a body mass index of over 28 kilograms per square meter, and are on a low calorie diabetic diet plan[5].

The results of a meta-analysis showed that orlistat, when combined with diet and exercise helped people with type 2 diabetes mellitus, who were either overweight or obese, lose weight and also helped with glucose control[6].

The results of the program with telephone support, Lose Weight with Redustat®, for people who were overweight or obese and were thinking about taking orlistat or have taken orlistat, as well as the safety of Slender® and Slender Duet®, two additional brands containing orlistat and from the same manufacturer, are outlined below.

The aforementioned professionals all received training on the condition, the product and patient care. The program consisted of comprehensive services, personalized follow-up and professional health advice (diet and fitness programs), through a call center, at points of sale and through a website.

The objectives of the study were to outline the demographic and clinical characteristics of overweight or obese orlistat consumers, and presence of adverse reactions, for those who received attention from the call center between 2009 and 2017. It also sought to identify the healthcare professional who was consulted most often by overweight or obese orlistat consumers.

The design of the study carried out in Mexico between August 2009 and March 2017 was descriptive, observational and retrospective. The study used a pharmaceutical company’s database from a treatment program for people interested in losing weight. Those requesting information were divided by how the information was requested (call center, website, point of sale and others). Demographic and clinical variables, as well as the manner in which information was requested were recorded. The database was reviewed to collect the reports of suspected adverse reactions to the drug product using calls made to the call center and the manufacturer’s pharmacovigilance unit. The statistical analysis was descriptive.

a) Requests for information.
b) Request for advice from a healthcare professional.
c) Reporting suspected adverse reactions to the medication.
d) Other.

Given that this promotion’s database did not contain any personal information allowing the identification of any subjects, and due to the retrospective nature of the study’s design, it was considered to be risk-free research, pursuant to article 17 of Chapter I, second title “Ethical aspects of Health Research” of the Regulations of the General Health Act in Matters of Health Research, in which item I refers to risk-free research. Therefore, the study did not need to be evaluated by an Ethics Committee, as indicated in the cited regulation.

Out of all the requests received, the majority were from women (Table 1). Most people requesting information were between the ages of 32 and 45, including both prospects and patients (Table 1). The most consulted healthcare professional was the nutritionist (61.1%) (Table 1).

Considering that it was not a planned intervention, the call center recorded information that the subject wished to express with regard to the program. The majority of subjects did not comment and the information provided was not encoded. However, there were 2 important points that were highlighted.

a) Weight change.
b) Additional information on the drug product, concerning physical activity and psychological and nutritional aspects.

Out of the 443 opinions given, 177 (40.0%) reported weight loss or success in reaching their desired weight and 193 (43.6%) did not report any changes. These results are expected in a patient’s behavior with regard to the drug product whenever there is no structured intervention.

This information matches the study results, in the sense that the majority of requests were made by women between the ages of 32 and 45. This shows that the population is really concerned with managing their weight and that there needs to be a comprehensive strategy for this.

Interventions based on a behavioral approach must be part of a weight loss program. The intervention must be mainly focused on lifestyle changes in terms of nutrition and exercise, and may be carried out by personnel without training in psychotherapy[9]. A recent meta-analysis showed that interventions that were based on cell phone apps were more successful in terms of weight loss than other interventions[10]. Physical activity was also increased. The authors concluded that interventions based on cell phone apps can be a useful tool for losing weight[10]. This adds an additional strategy for personal weight control for people who are overweight or obese.

There is little information on the results of telephone support programs for patients[7],[8]. This report shows that patient information searches are important and that this is a resource that may be useful for treating obesity. Likewise, it may be an additional resource that strengthens the measures for improving lifestyle and health education. The most requested healthcare professional was the nutritionist, making it clear that the population is aware of the importance of proper nutrition.

In a review of the literature, it was mentioned that adverse reactions with orlistat are more related to tolerability than safety[11]. These reactions are of a gastrointestinal nature, as reported in the current study[11]. The reported suspected adverse reactions to the drug product were consistent with the product’s safety profile and the majority were moderate in intensity[5].

This study is limited by the lack of hard data to demonstrate the product’s efficacy. However, the study yielded interesting results in terms of knowing demographic aspects and orlistat patient/consumer behavior, together with the pattern of everyday use in our surroundings without formal structured medical-nutritional care.

The population most interested in weight control is women (79.7%) and the age group between 32 and 45. Most requests for information were from Sonora (18.5%) and Mexico City (16.7%). With regard to clinical characteristics, body mass index was only taken from the subjects who reported suspected adverse reactions to the drug product, which was 29.2 ± 4.9 kilograms per square meter.

Conflict of Interest
The author has completed the conflict of interest statement form from the International Committee of Medical Journal Editors, translated into Spanish by Medwave, and has also declared having received financing for writing the article, not having any financial relationships in the last three years with organizations that may have interest in the published article, and not having any other relationships or activities that may have influenced the published article. The forms may be requested by contacting the responsible author or at the editorial address of the Journal.

Funding
The current study was sponsored by Laboratorios Liomont, S.A., Mexico City, Mexico. The sponsor did not participate in the study’s design or in the collection or analysis of data. The decision to publish this work was the sole decision of the author. Likewise, there was no influence on the preparation, review, and approval of the text. 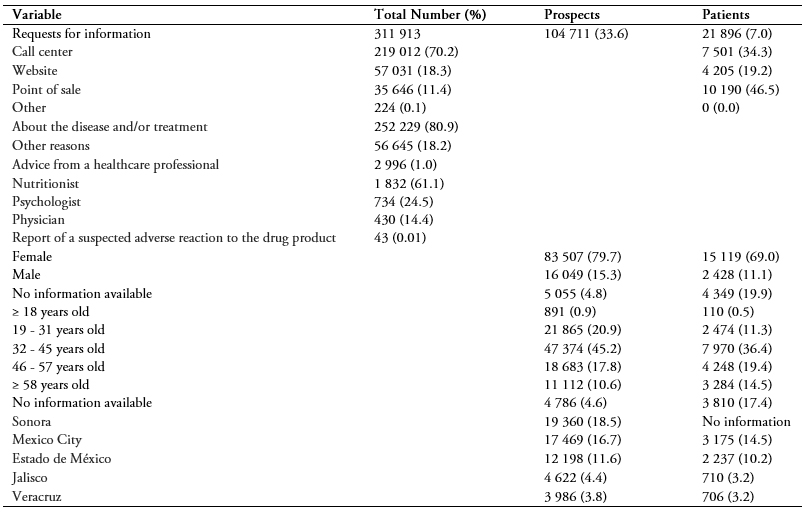 Research papers
Psychomotor development of children from Chilean and Haitian parents in kindergartens of the district of Coquimbo, Chile: A descriptive study

Empathy in medical students of a private university in Lima, Peru: A descriptive study

Historical notes and essays
Living in the midst of miasmas: The social issue of Chile between 1880 and 1920