Pseudoaneurysm is defined as a reperfused pulsatile hematoma, encapsulated and communicated with the damaged vessel's lumen. It originates when there is a disruption of the arterial wall. Hemoptysis is a very rare sign/symptom of a thoracic aortic aneurysm or pseudoaneurysm. There is little information on hemoptysis associated with aortic aneurysm rupture, whose mechanisms are not explained by the presence of an aortopulmonary fistula. Among the hypotheses to explain this phenomenon, is the ability of the bronchial arteries to become hyperplasic and tortuous in the presence of a lesion that modifies the pulmonary architecture, being more susceptible to rupture. There are also descriptions of direct lung parenchymal injury from ruptured aneurysm. The present case illustrates that we must consider the hemoptysis as a warning sign in differential diagnosis of aortic aneurysms and pseudo aneurysms, among other causes, that it can be fatal in a short time due to massive hemorrhage.

Hemoptysis is a rare presentation of a thoracic aortic aneurysm. Even with emergency handling, it is a warning sign of life-threatening, usually fatal, complications[1].

Pseudoaneurysm is defined as an encapsulated, reperfused, pulsatile hematoma in communication with a damaged vessel’s lumen. It originates from a disruption of the arterial wall due to arterial pressure. The blood dissects in the adjacent tissues to the damaged artery and causes an aneurysmal sac that communicates with the arterial lumen[2]. Thoracic aortic aneurysms expand slowly and, generally, silently. This silent process makes it difficult to diagnose early. There is a difference between pseudoaneurysm and aneurysm: the latter is formed histologically by all the arterial layers[1].

Hemoptysis is a very rare sign/symptom of the presentation of thoracic aortic aneurysms and, therefore, of thoracic aortic pseudoaneurysms[3],[4]. Parenchyma or airway pulmonary erosion induces the coughing up of blood and massive hemoptysis, which is potentially dangerous and deadly[5]. Among the studies to be performed, the chest X-ray is the first examination to locate the issue, showing mediastinal widening. On the other hand, ultrasound in the patient’s bed is used widely by emergency physicians to help diagnose life-threatening pathological cardiovascular conditions, such as aortic aneurysm[6]; additionally, the performance of a thoracic tomography with contrast confirms the presence of thoracic aortic aneurysms and aortic pseudoaneurysms[7].

This report aims to communicate a rare presentation of hemoptysis in a pseudoaneurysm of the thoracic aorta.

An 82-year-old male patient, who in November 2019 presented a moderate amount of hemoptysis (approx. ± 300 ml), went to the emergency room at the Hospital Regional Docente de Trujillo. After being attended to, he requested a voluntary discharge from the hospital. In January 2020, he presented a new hemoptysis episode, was readmitted to the emergency department, and then to the pulmonology service.

Two months before being admitted to the pulmonology service, he reported having dyspnea, chest pain, and a coughing episode with hemoptoic sputum. When he was treated in our hospital’s emergency room, a chest X-ray was requested, reporting: ectasia of the aortic arch + signs of right basal interstitium and two sputum smear microscopies that were negative. When symptoms improved, the patient requested voluntary discharge.

Blood pressure values in limbs were:

Chest radiography (Figure 1): Opacification at the level of the mid and upper field of the left hemithorax with irregular contours in relation to pneumonia, elevation of the left hemidiaphragm, no caverns, and normal cardiac area.

Figure 1. Chest X-ray (admission hospitalization): Opacification at the level of the mid and upper field of the left hemithorax with irregular contours in relation to pneumonia. Elevation of the left hemidiaphragm.

Figure 2. HRCT of the lungs (Day 2 of hospitalization): Pseudoaneurysm of the thoracic aorta (arrow), with signs of acute rupture. Decline in pleural fluid.

Table 1. Schedule of procedures and discharge.

Due to the decrease in hematocrit, a packet of blood was transfused on day 16 of hospitalization, raising the hematocrit to 28%.

During the wait for a transfer to a high-resolution capacity hospital (Lima), daily coordination was carried out to manage complicated cardiovascular disease. Before transferring the patient, on day 28 of hospitalization, he presented sudden massive hemoptysis and died.

Most aortic aneurysms are asymptomatic and are found during radiological evaluation for other causes[1],[8]. The aorta is very susceptible to tearing in two places: immediately adjacent to the heart at the aorta’s origin and, posteriorly, distal to the left subclavian, where the aorta is fixed in the region of the spinal column. The tear in the first place usually causes sudden death, preventing the aneurysm from developing. In other cases, the intima and media may divide transversely. However, if the adventitia remains intact, a pulsatile hematoma forms and later causes a false aneurysm (pseudoaneurysm)[2]. The resulting hematoma can prevent bleeding for hours or weeks if sudden death does not occur. More prolonged survival is associated with forming a false aneurysm[9],[10].

Aneurysms can produce respiratory manifestations due to compression and obstruction of either the bronchia or trachea. Less frequently, an aortobronchial fistula occurs, which, as in the case we described, can be fatal in a short time due to massive hemorrhage[11],[12]. The primary manifestation was hemoptysis of mild to moderate intensity that disappeared spontaneously and was maintained for approximately three months until the moment of the patient’s death as a result of massive hemoptysis.

There is little information on hemoptysis associated with a ruptured aortic aneurysm; the presence of an aortopulmonary fistula does not explain its mechanism. Among the hypotheses used to explain this phenomenon is the bronchial arteries’ ability to become hyperplastic and tortuous in the presence of a lesion that modifies the lung architecture—as it is more susceptible to rupture. There are also descriptions of the pulmonary parenchyma’s direct lesions due to a ruptured aneurysm[13],[14].

This case illustrates that we must consider the differential diagnosis of hemoptysis, aortic aneurysms, and pseudoaneurysms, among other causes.

This case illustrates why we must consider hemoptysis as a warning sign in the differential diagnosis of aortic aneurysms and pseudoaneurysms that place people at risk of death.

He was not aware of the seriousness of the case. The patient died on day 28 of hospitalization.

Early diagnosis for possible treatment with endovascular techniques such as the placement of a “stent” to carry out a selective embolization of the pseudoaneurysm sac is warranted[15].

Financing
The authors declare that they have not received any funding for this study.

Ethical considerations
The patient’s granddaughter has signed the informed consent requested by Medwave. Patient privacy has been scrupulously respected. The Hospital authorized the study by reviewing the medical history. A consent copy was sent to the publisher of the magazine.

From the editors
The original version of this manuscript was submitted in Spanish. This English version was submitted by the authors and has been copyedited by the Journal. 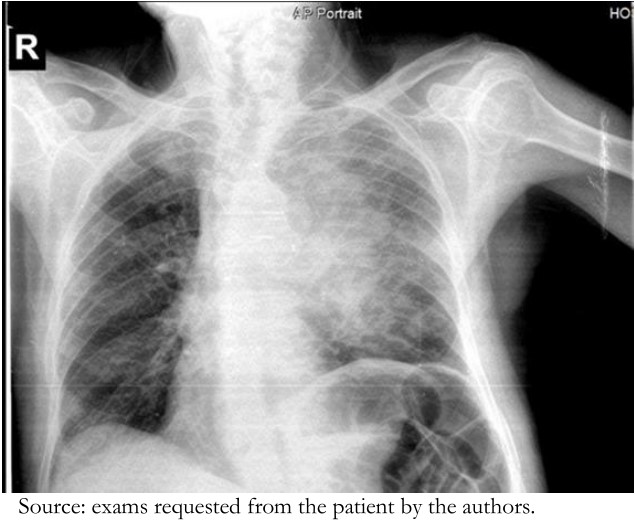 Figure 1. Chest X-ray (admission hospitalization): Opacification at the level of the mid and upper field of the left hemithorax with irregular contours in relation to pneumonia. Elevation of the left hemidiaphragm. 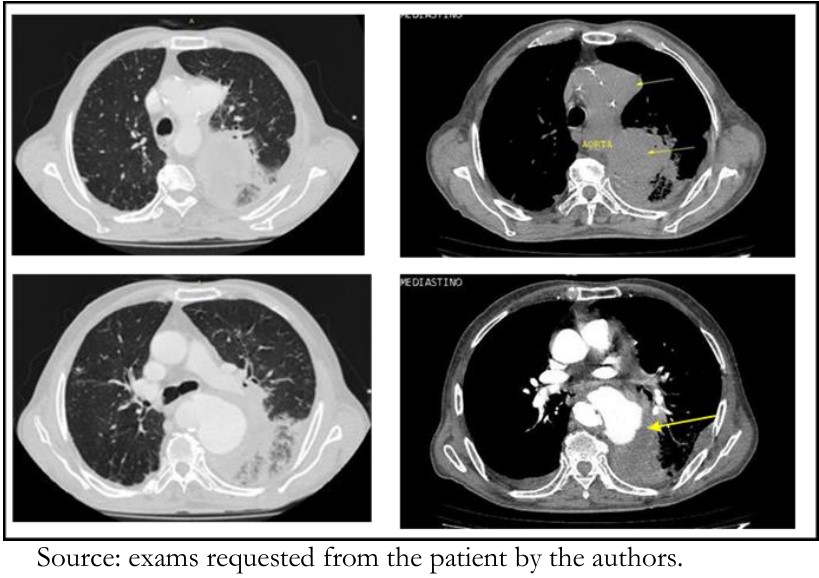 Figure 2. HRCT of the lungs (Day 2 of hospitalization): Pseudoaneurysm of the thoracic aorta (arrow), with signs of acute rupture. Decline in pleural fluid. 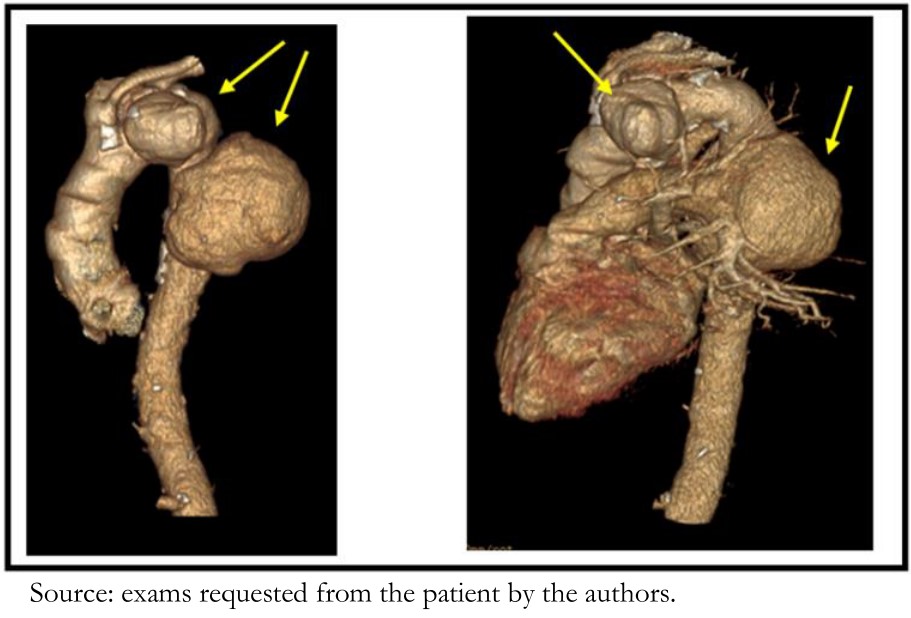 Table 1. Schedule of procedures and discharge.