Papillary thyroid cancer is the most common endocrine malignancy, and due to its favorable prognosis, the extent of surgery has been a matter of debate. About 10% of these tumors are located in the thyroid isthmus, with no specific management in current guidelines. In the last decades, isthmusectomy has been proposed as a therapeutic option for isthmic papillary thyroid carcinoma, although there is no consensus on its management. We present two cases of patients from our institution with solitary isthmic papillary thyroid carcinoma without clinical macroscopic extrathyroidal extension or clinical-radiological lymph node involvement who were treated with isthmusectomy without prophylactic lymph node dissection. Neither of them had any postoperative complications. Both had an intermediate risk of recurrence due to aggressive variants. None of them had signs of recurrence during follow-up. We intend to show that isthmusectomy seems to be an effective and safe surgical alternative in selected patients through these cases.

Thyroid cancer is the most common endocrine malignancy, and its incidence has been rising in the last decades [1]. More than 90% of these tumors are papillary thyroid carcinomas, which usually have a favorable prognosis.

The management of papillary thyroid cancer has shifted to an individualized approach [2], and the initial treatment and extent of surgery have been a matter of debate. The latest evidence [3],[4],[5],[6] supports partial thyroidectomy for well-selected intrathyroidal tumors up to 4 cm without clinical nodal involvement. This recommendation is based on the lack of significant survival and recurrence benefit for total thyroidectomy while benefiting from fewer complications related to the surgical treatment.

Nearly 10% of papillary thyroid carcinomas originate in the isthmus [7],[8],[9], with no specific management recommendations other than the usual partial thyroidectomy or total thyroidectomy approaches [2],[10]. During the last decades, isthmusectomy has arisen as an attractive surgical alternative for these patients [7],[8],[11],[12],[13],[14],[15],[16].

We present two cases of isthmic micropapillary thyroid cancer without clinical macroscopic extrathyroidal extension or clinical-radiological lymph node involvement. Both were treated with isthmusectomy without prophylactic lymph node dissection in our institution. Neither of them had postoperative complications or structural disease at the follow-up. We aim to share our experience treating isthmic papillary thyroid cancer patients with isthmusectomy to show that it is an effective and safe option in well-selected patients.

Both patients gave written permission to publish their cases through informed consent.

After 30 months of follow-up, the patient maintained the thyroid-stimulating hormone within normal range without levothyroxine supplementation need, no ultrasound evidence of regional recurrence, undetectable anti-thyroglobulin antibodies, and serum thyroglobulin of 6.0 ng/mL.

An isthmusectomy and right upper parathyroid resection were performed without incidents. Intraoperatively, parathyroid hormone decreased more than 50% and normalized its value, and the patient developed no hypocalcemia or dysphonia. The biopsy confirmed a parathyroid adenoma and a unifocal 0.6 cm of a tall-cell variant of papillary thyroid carcinoma, with minimal extrathyroidal extension to perithyroidal adipose tissue without vascular invasion, necrosis, mitosis, or lymph node involvement.

According to the AJCC 8th edition, the patient was classified as pT1aN0Mx, and the risk of recurrence was intermediate, based on the ATA 2015 guidelines [2].

After 12 months of follow-up, the patient maintained a thyroid-stimulating hormone within normal limits without levothyroxine supplementation, no ultrasound evidence of regional recurrence, undetectable anti-thyroglobulin antibodies, and serum thyroglobulin 14.4 ng/mL, with parathyroid hormone and calcemic values within normal range.

Table 1. Clinical characteristics of the patients

Management of papillary thyroid cancer must be adapted to individual risk of recurrence. In well-selected patients, partial thyroidectomy achieves good disease control, with a very low associated morbidity [2],[3],[4],[5],[6]. When necessary, completion thyroidectomy does not impair the prognosis or increase permanent complications [17].

We present two patients with solitary isthmic micropapillary thyroid cancer without clinical macroscopic extrathyroidal extension or clinical-radiological lymph node involvement, treated with isthmusectomy and without postoperative complications. Both patients were classified with an intermediate risk of recurrence [2],[10]: the first was a hobnail variant, and the second was a tall cell variant with minimal extrathyroidal extension. None of them had signs of structural disease at follow-up. Their clinical characteristics are summarized in Table 1.

Evidence for isthmusectomy is scant and contradictory. Some studies show an increased number of multifocal disease, lymph node involvement, and extrathyroidal extension of isthmic papillary thyroid cancer [9],[19],[20],[21],[22],[23]. Wang et al. suggest that total thyroidectomy with prophylactic central dissection is a better surgical option than isthmusectomy, due to the frequent involvement of central lymph nodes (pN1 38-71%), especially in those younger than 38 years and tumors larger than 0.6 cm [23]. However, in the absence of clinical-radiological nodal involvement, multiple studies have demonstrated that prophylactic central lymph node dissection detects clinically non-significant disease without a benefit in recurrence decrease [6],[24],[25] but exposes patients to a higher risk of complications in both total thyroidectomy and partial thyroidectomy [25].

Cervical ultrasound is the mainstay in the follow-up of patients with papillary thyroid cancer treated with partial thyroidectomy [30]. A serum thyroglobulin cut-off value and its trend over time have been proposed to assess recurrence in these patients. However, the latest evidence shows that neither a specific serum thyroglobulin threshold nor its trend over time is related to structural recurrence [6],[30],[31]. Patients undergoing isthmusectomy may have higher serum Thyroglobulin concentrations than those undergoing partial thyroidectomy because they preserve more thyroid tissue [7]. And thus, it is likely that these patients may not achieve an excellent biochemical response according to the ATA 2015 guidelines. However, this should not be of concern if the ultrasound shows no evidence of structural recurrence.

Despite being only two cases with a close follow-up, it is remarkable that these patients were managed by a multidisciplinary team, which carefully defines the intensity of treatment and follow-up according to their initial risk of recurrence and response to treatment.

Funding
There was no funding for this work.

Ethics
Ethical approval was not necessary given the nature of a case report article. Both patients gave written permission to publish their cases through informed consent. 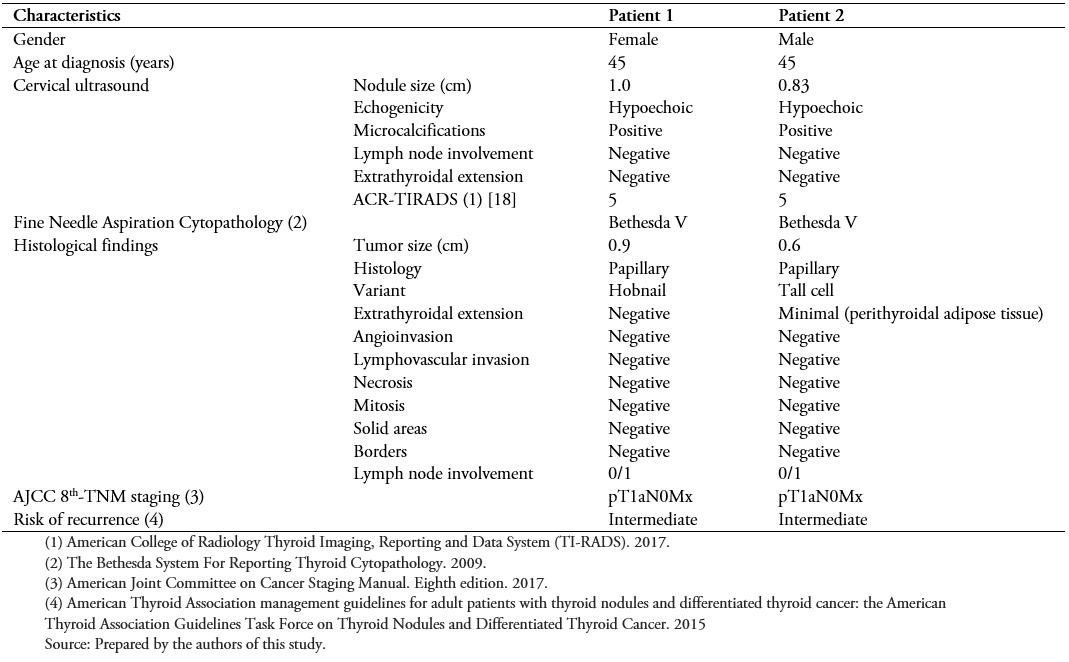 Table 1. Clinical characteristics of the patients

Type of review: Externally peer-reviewed by three peer reviewers, double-blind in the first round of review