Some authors have reported a decrease in the amount of research performed among undergraduate medical students [1], only considering as reference the works/publications/research that have been presented every year at the National Scientific Congress of Medical Students celebrated once a year. Nevertheless, as a way to promote research and the presentation of original articles, the National Association of Scientific Medical Academies of Chile, has organized another instance for the presentation of such works which is the Thematic Scientific Congresses, held twice a year since 2013.

Considering the latter situation, multiple questions arise in an attempt to understand the motives; some of the reasons refer to the "lack of time to develop research”, "not knowing how to begin research" and "lack of assistance". Furthermore, an important number of students remark the lack of work models to follow in this area [2]. Regarding the investigation methods, the most frequent problems faced by students are the definition of the proper statistical test, its interpretation and design [3].

Another matter to recall is the perception among different Latin-American students in regard of their academic training on research methodology, which is similar between universities and countries, with no significant differences. The exceptions are the students who belong to scientific societies, whose perception of competencies and quantity of research surpasses that of those who don’t belong to this organizations [4]. This is a situation noted previously, but not investigated in Chile  [5].

If Chilean medical schools’ curriculum do promote research, and if the National Association of Scientific Medical Academies of Chile incorporates 19 scientific academies [6] that actively support medical investigation, then maybe there is no need of more organizations or medical events. But instead, there is more need of insight, more need of analysis of what is being done and more need to answer the questions: Is the importance of undergraduate medical research truly reflected on the different medical school's curricula? Are medical scientific student academies really participating in the process of maximizing undergraduate investigation? Is there a relationship between the number of articles presented and the “rejection ratio"? Does today's medical education facilitate investigation? This questions must be answered in order to refocus today's perspectives and actions, favoring the future and the creation of new knowledge.

Conflicts of interests
The authors have completed the conflict of interests declaration form from the ICMJE, which has been translated into Spanish by Medwave, and they declare that they have not received any funding whatsoever to write this article, nor have they any conflict of interests with the matter dealt herein. Forms can be requested to the responsible author or the editorial direction of the Journal. 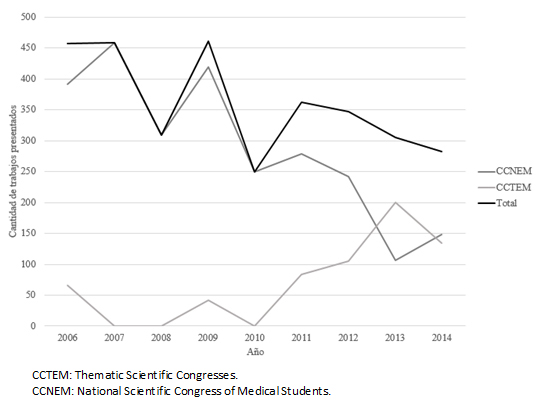 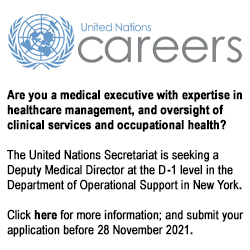 Research papers
Effectiveness of biosimilar drugs in the treatment of renal anemia: A case series