·         This methodological design can be applied to the evaluation of the physiological effects of the consumption of foods and food constituents.

Foods are not only vehicles of nutrients and energy; they also provide pleasure, wellness, and, importantly, components that exert physiological actions beyond a nutritional contribution. These properties, designated healthy or functional, are due to "bioactive" chemical compounds contained in a food matrix and constitute a topic that has occupied the attention of researchers, consumers, the food industry and legislators for many years. In this context, the promotion of health claims through various marketing strategies is especially relevant. Foods referred to as functional and purported to possess health attributes should be scientifically substantiated. However, there is often a lack of robust evidence to support such claims. This situation has led regulatory organisms of different countries to establish clear criteria regarding this subject[1],[2].

To make a health claim associating the consumption of a food or food constituent with a beneficial effect related to a disease or health condition, the effect should first be demonstrated. This is the only means for claims to be accepted by regulatory agencies, such as EFSA (European Food Safety Agency) (http://www.efsa.europa.eu/), FDA (US Food and Drug Agency) (https://www.fda.gov/) or the Ministry of Health, Labor and Well-being of Japan (https://www.mhlw.go.jp/english/). In Chile, the agency responsible for approving health claims is the Ministry of Health (https://www.minsal.cl/), according to the Foods Sanitary Code (Decree 977/96 and amendments). For its part, the Codex Alimentarius (http://www.fao.org/fao-who-codexalimentarius/es/), the principal food regulation organism on a global level, defines a health claim as "any representation that states, suggests or implies that a relationship exists between a food, or a food constituent, and health." It adds: "Health and functional claims must be supported by sufficient evidence to justify them, not mislead but provide truthful information to help the consumer make healthy decisions and be supported by education directed to the consumer." Today, however, there is much promotion of food and food constituents attributing beneficial health properties, without proper scientific substantiation of these effects.

Systematic reviews consist of the search for, and compilation of, empirical evidence with pre-established criteria to answer a specific question of interest[3], and are a tool that supports evidence-based nutrition[4]. This article aims to describe systematic review methodology and its role in the validation of purported health effects of food products, whether they have been extracted and isolated from their source or as part of the original food matrix consumed habitually.

Clinical epidemiology has provided a systematization of different methodological designs that address research questions. Observational studies, such as cross-sectional, case-control and cohort studies, provide relevant information; however, they do not allow determining causality and are susceptible to a variety of biases that may affect the results[5],[6]. On the physiological effects of foods and their evaluation, observational designs do not constitute the optimal methodology to determine causality.

If what is sought is to analyze a dietary intervention on a specific physiological condition, the design of choice is the randomized clinical trial, the term for experimental studies in clinical epidemiology[7],[8]. In randomized clinical trials, the exposure (food or food factor) is randomly assigned to a group of subjects, while a comparison group receives a similar product that does not contain the food factor (a placebo or a comparator). Randomization is a central element in controlling confounding factors since it aims to homogenize the basal conditions of the participants between the groups, reducing the probability that the observed association is due to a variable other than the intervention[9]. In addition, its prospective character meets the criteria of temporality, given that the exposure precedes the effect with certainty, which supports a causal effect[8]. Randomized clinical trials are considered "the cornerstone" of evidence-based healthcare, as they are the central component of systematic reviews devoted to answering research questions associated with interventions. Since systematic reviews integrate the results of multiple randomized clinical trials, they refine the estimate of the effect size and provide a higher level of scientific evidence for the evaluation of health claims compared to a single randomized clinical trial. The hierarchy of evidence in health sciences is depicted as a pyramid (Figure 1)[10].

From association to causation: from the preclinical model to the human organism

In 1965, the British epidemiologist Austin Bradford Hill proposed the "principle of consistency" in the context of nine aspects of association that respond the question: "In what circumstances can we pass from this observed association to a verdict of causation?"[11]. These aspects, later known as the Bradford Hill Criteria[12], confer higher probability that the association observed between two factors are causal. The principle of coherence manifests that a causal conclusion should not contradict contemporary foundations in knowledge[12]. While this concept is a matter for discussion and debate, it can be understood as a need for congruence between evidence from preclinical studies (in vitro, in vivo) and clinical studies. Without correlation, a causal relationship might be questioned.

A good example is that of phenolic compounds in foods. Despite the fact that multiple potentially beneficial effects of different molecules of this type have been demonstrated in in vitro assays and animal models, attributing antioxidant, anti-inflammatory, anticarcinogenic, cardioprotective and neuroprotective properties, among others, these effects have not consistently been observed in clinical studies[13]. To date, only two health claims for polyphenols have been substantiated through human studies and approved by regulatory agencies—hydroxytyrosol of olive oil[14] and cocoa flavanols[15]. Thus, the lack of consistency between laboratory assays and clinical studies precludes the scientific substantiation of the physiological effects of these compounds[16],[17].

Systematic reviews of the literature

Systematic reviews constitute a method widely used in biomedical research applied to the pharmacological effects, among other therapeutic interventions aimed at improving health. This tool is also very useful for evaluating scientific evidence related to the physiological effects of the intake of bioactive food components. Systematic reviews, using the standardized and reproducible methodology outlined in an a priori protocol makes it possible to answer the question whether a specific physiological or clinical effect is produced[19]. Systematic reviews follow several stages [20],[21],[22],[23],[24]. Initially, a hypothesis is set forth with clear objectives around a research question. A comprehensive search of primary studies (randomized clinical trials) is performed in multiple relevant databases, as well as in unpublished literature (“gray literature”), such as congress abstracts or other documents[25]. Randomized clinical trials that answer the study question are identified, and then selected according to pre-established criteria[26]. For example, studies must be consistent between the evaluated product concerning consumption habits and the food matrix. Besides including trials with a well-defined intervention, other considerations include similar, well-characterized populations, and well-defined outcomes of interest (biomarker or clinical effect)[27],[28]. Subsequent stages include assessment of the methodological quality and analysis of the risk of bias for each study using standardized tools[29], data extraction from primary studies, synthesis of the collected evidence and interpretation of the findings.

It is possible to perform a statistical quantitative analysis called meta-analysis, in which the estimates from individual studies are synthesized into a combined estimate, so long as the heterogeneity of the data permits it[30]. GRADE methodology (Grades of Recommendation, Assessment, Development and Evaluation) is applied to formulate the conclusions, and generates a Summary of Findings table (http://www.gradeworkinggroup.org/) to present the results, together with a classification of the certainty of the totality of the evidence based on the quality of the individual studies included. The GRADE score will be lowered if the body of evidence contains low quality randomized clinical trials. On the other hand, if the included observational studies have controlled important biases, their grading will be increased.

Murad et al.[31]  have proposed a new conceptualization of the traditional hierarchy of evidence (Figure 1), recognizing the role of systematic reviews in integrating the existing evidence, like a magnifying glass through which evidence is evaluated (Figure 2). Additionally, this conceptualization recognizes the role of GRADE methodology, since it presents wavy lines between methodological designs in the hierarchy, reflecting that the quality of the evidence shows fluctuating boundaries according to the included studies.

Systematic reviews are a very useful tool in the validation of physiological effects of foods or food constituents, enabling to substantiate their functional properties scientifically. They are based on the results of randomized clinical trials, stringent in their design, and make it possible to establish a causal association between the food and the purported physiological effect. If the food or some of its constituents exhibit effects only in laboratory tests, in vitro assays or animal models, but  randomized clinical trials are not consistent or have not been performed, as is the case for many bioactive compounds (polyphenols, carotenoids, sulfur compounds, among others), it is not possible to substantiate their effects and call them as functional foods. This lack of coherence is reflected in the small number of health claims approved by regulatory agencies internationally, in contrast to the high demand for approval.

The recognition of systematic reviews in the scientific substantiation of health claims in the field of foods is increasingly recognized by those interested in the topic, not only in academia and in research, but also by industry, regulatory agencies, and consumers. Systematic reviews provide relevant information to decision makers and are a fundamental tool for the truthful communication of health properties of foods or components to consumers, preventing confusion, misinformation, and deception.

Funding
Authors declare that there was no source of funding.

Conflicts of interest
The authors completed the Declaration of Conflicts of Interest of ICMJE and declared they did not receive funds associated with this article; they do not have financial relationships with organizations that may have an interest in the article over the last three years and have no other relationships or activities that may influence on the publication of the article. Forms are available by contacting the corresponding author or the Editorial Committee of the Journal.

From the editors
The original version of this manuscript was submitted in Spanish. The authors provided a translation that was lightly edited by the journal. 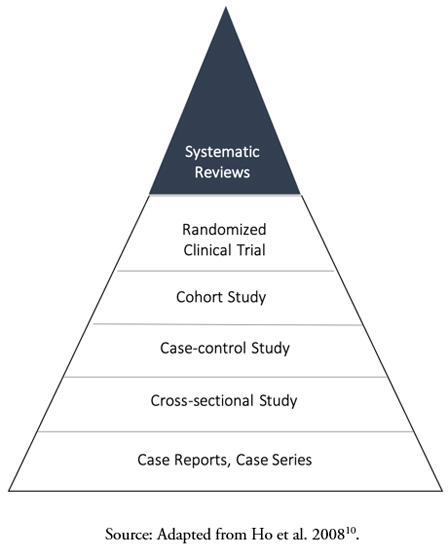 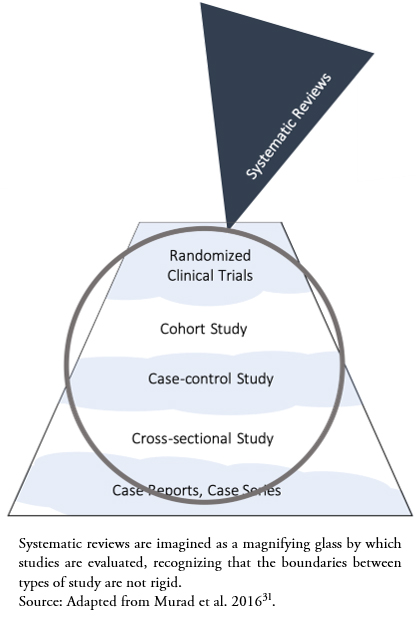 Scientific Opinion on the substantiation of a health claim related to cocoa flavanols and maintenance of normal endothelium‐dependent vasodilation pursuant to Article 13(5) of Regulation (EC) No 1924/2006. EFSA J. 2012 Jul;10(7). | Link |