INTRODUCTION
The use of cannabinoids in diverse clinical conditions is today a subject of debate. Its use has been proposed for the control of glaucoma. However, there is controversy about its real effectiveness and safety.

RESULTS AND CONCLUSIONS
We identified five systematic reviews including three studies overall, all of them randomized controlled trials. We concluded that although cannabinoids could decrease intraocular pressure, the effect would be transient and associated with frequent adverse effects.

Glaucoma is a multifactorial optic neuropathy, often related to an increase in intraocular pressure (IOP). The permanently elevated intraocular pressure produces a slow and progressive damage in the optic nerve, generating different sequelae in the visual field and eventually it can lead to irreversible blindness. Although the elevation of intraocular pressure is present in most patients, there is a group of patients who develop glaucoma with normal pressure.

Today there are different medical therapies for the treatment of glaucoma, such as topical betablockers and prostaglandin analogues. The use of cannabinoids has been proposed, since its administration is associated with a decrease in intraocular pressure, through an effect on the production and exit of aqueous humor mediated by the activation of CB1 receptors. Also, neuroprotective properties on the optic nerve have been proposed. However, its actual clinical role is still controversial.

The information on the effects of cannabinoids for glaucoma is based on three randomized trials [6],[7],[8], which include 32 patients in total. All of the trials [6],[7],[8], reported intraocular pressure and adverse effects, and two of them [7],[8] specified the duration of the decrease in intraocular pressure. None of the trials reported decreased visual acuity or visual field deterioration. The summary of findings is the following: 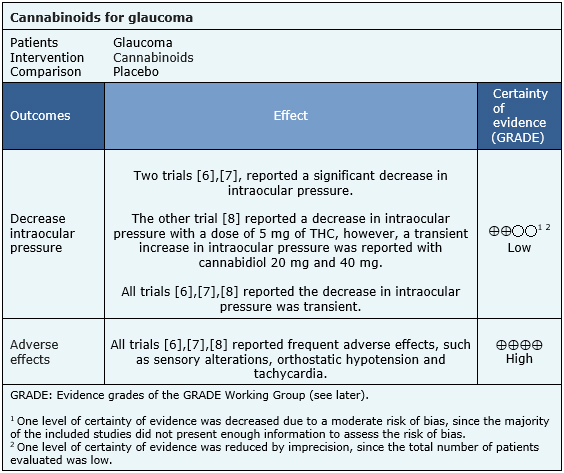 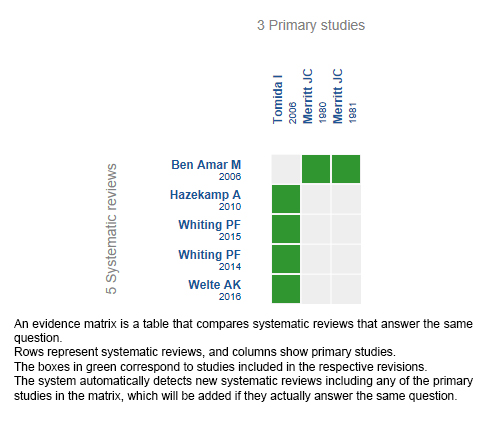 Welte AK, Hahn U, Büssing A, Krummenauer F. [Systematic Review of the Application of Complementary and Alternative Medicine and their Potential Therapeutic Benefits in the Treatment of Ophthalmology Patients]. Klin Monbl Augenheilkd. 2017 May;234(5):686-696. | CrossRef | PubMed |