INTRODUCTION
The common cold causes great morbidity throughout the world and there are no effective therapeutic agents against it. There is a belief that consuming vitamin C during a cold episode would help reduce duration and severity of symptoms. However, there is controversy about this claim.

METHODS
To answer this question we used Epistemonikos, the largest database of systematic reviews in health, which is maintained by screening multiple information sources, including MEDLINE, EMBASE, Cochrane, among others. We extracted data from the systematic reviews, reanalyzed data of primary studies, conducted a meta-analysis and generated a summary of findings table using the GRADE approach.

RESULTS AND CONCLUSIONS
We identified four systematic reviews that included eight primary studies overall, of which seven were randomized trials. We concluded vitamin C has minimal or no impact on the duration of common cold or in the number of days at home or out of work.

The common cold is one of the most common diseases in the general population. The term ‘common cold’ does not refer to a specific condition, but to a group of symptoms such as nasal obstruction, sore throat, cough, lethargy and asthenia, with or without fever. These symptoms have multiple etiological agents such as rhinovirus, adenovirus, syncytial virus, among others. Despite the benign nature of this condition, it leads to substantial economic burden in terms of medical consultation, treatment, and work or school absenteeism [1].
Antibiotics have no role in the treatment of the common cold, even though they are widely prescribed and used. The development of a vaccine has been elusive since this condition is caused by multiple agents. Considering the prevalence of this disease, and the associated morbidity and costs, any intervention that can shorten the symptomatic period would constitute an important public health advance.
At the population level, it is widely believed that consuming vitamin C helps alleviate symptoms of the common cold. However, there is controversy about the scientific support to this belief.

To answer the question, we used Epistemonikos, the largest database of systematic reviews in health, which is maintained by screening multiple information sources, including MEDLINE, EMBASE, Cochrane, among others, to identify systematic reviews and their included primary studies. We extracted data from the identified reviews and reanalyzed data from primary studies included in those reviews. With this information, we generated a structured summary denominated FRISBEE (Friendly Summary of Body of Evidence using Epistemonikos) using a pre-established format, which includes key messages, a summary of the body of evidence (presented as an evidence matrix in Epistemonikos), meta-analysis of the total of studies when it is possible, a summary of findings table following the GRADE approach and a section of other considerations for decision-making. 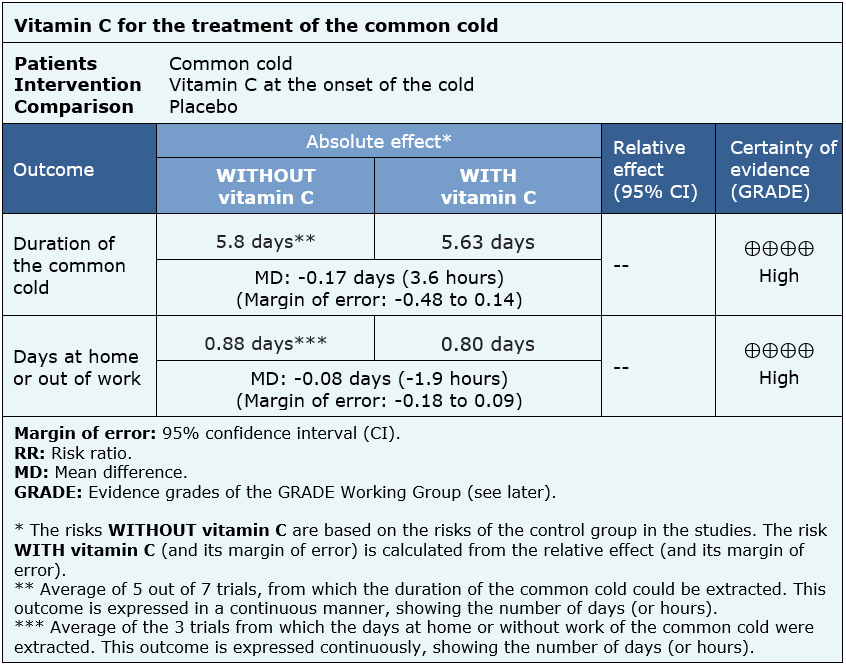 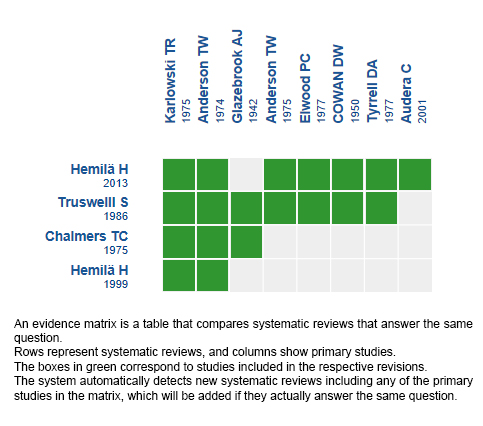 Follow the link to access the interactive version: Vitamin C for the treatment of the common cold

Glazebrook AJ, Thomson S. The administration of vitamin C in a large institution and its effect on general health and resistance to infection. J Hyg (Lond). 1942 Jan;42(1):1-19. | PubMed | PMC |

Original papers
Cross-sectional study of the clinical characteristics and outcomes of children hospitalized with COVID-19 in Lima, Peru

Short communications
How the COVID-19 pandemic affects specialty training: An analysis of a nationwide survey among otolaryngology residents in Chile