INTRODUCTION
Macular edema is a frequent complication of central retinal vein occlusion that might lead to deterioration of visual acuity. The most commonly used treatments are dexamethasone implant and anti-vascular endothelial growth factor drugs, being aflibercept one of the most commonly used them. However, there is no consensus about which treatment constitute the best alternative.

RESULTS AND CONCLUSIONS
We identified two systematic reviews that included four primary studies overall, all randomized trials.
We concluded that it is not possible to establish whether aflibercept is superior to dexamethasone in terms of improvement of visual acuity and safety, because the certainty of the existing evidence has been evaluated as very low.

Macular edema is a frequent complication of central retinal vein occlusion. It is characterized by the accumulation of fluid in the macula, which translates into a deterioration of visual acuity. The most common mechanism is the obstruction of the central vein of the retina by a thrombus, a situation that leads to the formation of new blood vessels and blood extravasation due to local inflammation, which in turn causes macular edema. Corticosteroid implants were mostly used to treat this pathology in the past due to the presence of inflammation, with slight improvements in symptoms. Over time, it has been observed that endothelial vascular growth factors have an important role in the formation of edema, since they are potent inducers of vessel formation, in addition to promoting their permeability. Currently, the most common treatment for this condition is the injection of drugs against vascular endothelial growth factor (anti-VEGF). However, it is not clear that anti-VEGF is superior than dexamethasone.

The information on the effects of aflibercept versus dexamethasone in patients with central retinal vein occlusion is based on four randomized trials [3], [4], [7], [9], from which two systematic reviews performed an indirect comparison using the network meta-analysis technique [1], [2].
Two trials (361 patients) [7], [9], compared aflibercept versus placebo, one trial (287 patients) [4] compared dexamethasone versus placebo, and one trial (243 patients) [3] compared dexamethasone versus ranibizumab.
It was not possible to reanalyze the information presented by the systematic reviews, so the results obtained directly from these are presented, instead of a reanalysis of the data. 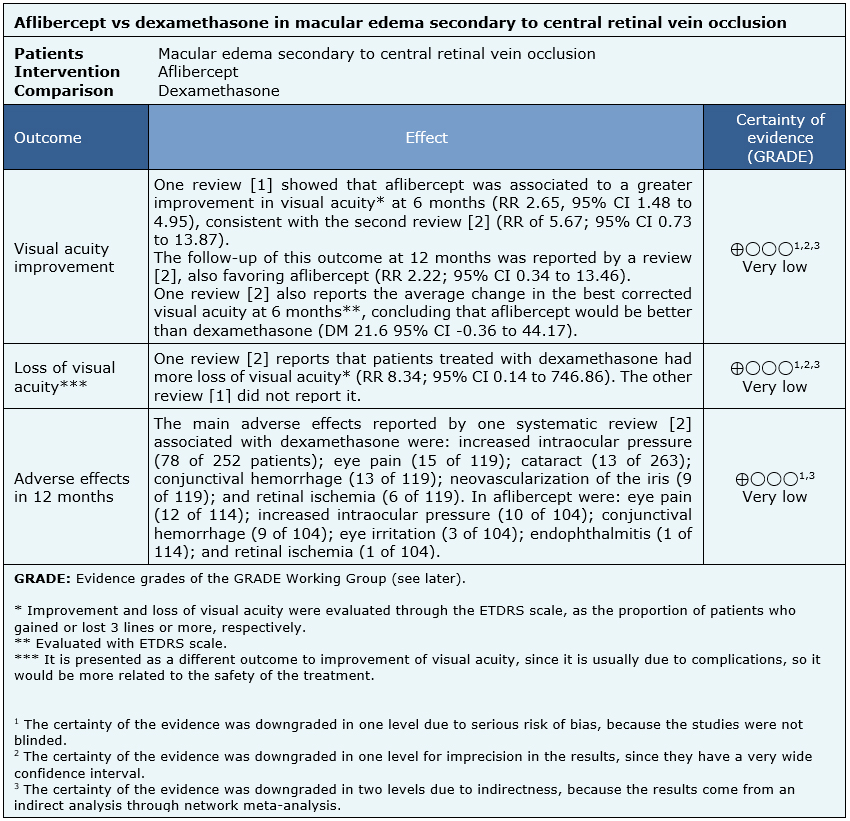 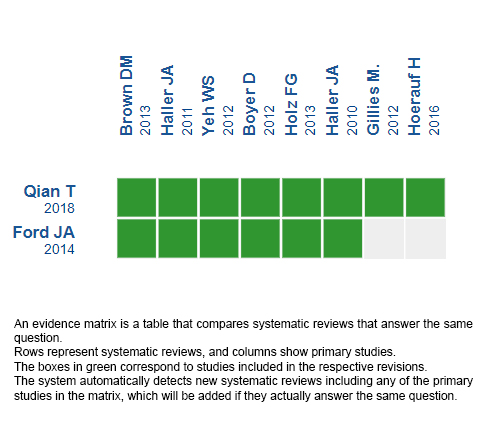 Follow the link to access the interactive version:  Aflibercept versus dexamethasone in macular edema secondary to central vein occlusion