Mucinous carcinoma of the breast is a rare histological type, which represents between 1 and 4% of breast cancers. Treatment does not differ from other histological types, and it occurs more frequently in older adult women. Prognosis is good. We report the case of a 72-year-old patient with a 1-year disease course characterized by the appearance of a slow-growing tumor in the left upper quadrant of the left breast, in which the core biopsy showed mucinous breast carcinoma of a low nuclear grade. The patient underwent quadrantectomy plus a sentinel node biopsy, which confirmed the initial diagnosis.

Mucinous carcinoma of the breast, also called colloid or mucous, is a rare histological type, which represents between 1 and 4% of breast cancers, characterized by a marked production of mucin [1],[2],[3]. There are two histological subtypes according to tumor cellularity: pure and mixed [4]. Epidemiological characteristics, pathogenesis as well as clinical presentation differ from patients with other histological types of breast cancer [3]: it usually occurs in postmenopausal women with a mean age of 70 years and is associated with a good prognosis [2],[4]. We report the case of a 72-year-old woman with the diagnosis of mucinous carcinoma of the breast.

A 72-year-old female patient from Junín (Peru), no medical history of importance, with 1 year disease time characterized by the appearance of a slow-growing tumor in the upper outer quadrant of the left breast. The physical examination showed a patient in good condition, at the preferential exam: symmetrical breasts of soft consistency, at the left breast tail a tumor of 3x3 cm in diameter was felt, with irregular borders, associated with slight retraction of the surrounding skin. No axillary or supraclavicular lymph nodes were felt; bilateral mammography and ultrasound guided biopsy were required.

Ancillary examinations
In mammograms, the breasts were composed of scattered areas of fibroglandular tissue (B-type mammary pattern). In the left upper outer quadrant, a rounded nodule of high density was identified, with no circumscribed contours, of 32 by 21 mm diameter. Bilateral diffuse round calcifications were reported, in addition the skin and nipple had normal configuration.

In bilateral breast ultrasound, both breasts had heterogeneous ecotexture (type C). In the left breast, a mass of 3 cm by 2 cm in greater diameters was found, located in Radio 2, at 6.5 cm from the nipple, with irregular borders, imprecise margins, tenuous posterior reinforcement, heterogeneous internal echoes, non-parallel orientation, non-circumscribed, spiculated edges. The areola-nipple complex, the retroareolar region, and the skin of both breasts without significant alterations, there was no evidence of ductal ectasia, there was no evidence of lymphadenopathy in both axillary regions. With these findings it was classified as ultrasound BI-RADS 5.

The left breast core biopsy revealed a myxoid background with groups of neoplastic epithelial cells with regular and hyperchromatic central nuclei and abundant eosinophil cytoplasm, It was reported as mucinous breast carcinoma with low nuclear grade. Neoplastic cells showed nuclear immunoreactivity for estrogen receptor in a ratio of 100% and intensity 3 + (Allred Score 8), progesterone receptor in a ratio of 90% and intensity of 3 + (Allred Score 8), the expression of CerbB2 was negative (0) and a proliferative index measured with Ki-67 about 4%.

The patient had a favorable evolution in the postoperative period and was discharged. Subsequently it was evaluated in an outpatient clinic, where an operative wound in appropriate conditions was evidenced. She was sent to the radiotherapy department for complementary treatment.

Mucinous carcinoma of the breast is a rare histological type of breast cancer and differs both by its molecular characteristics as clinical epidemiological among these [2]. It is a disease of older women, it has been described that only 1% of patients with mucinous carcinoma of the breast are younger than 35 years [2]. In the reported case, the patient belonged to the age group corresponding to the maximum incidence of coloid carcinoma of the breast. Regarding the localization of the tumor presented by the patient in the upper outer quadrant, it correlates with other studies such as that found in a retrospective review where the majority of the tumors were located in the upper outer quadrant (44%) and the other 56% Were distributed between the other quadrants [5].

Although mucinous mammary carcinoma is classified as an invasive tumor, Rosai [8] has proposed that this neoplasm is a form of in situ carcinoma whose production of mucin, which by means of a polarity inversion mechanism, produces secretion towards the stroma, rather than towards the luminous surface, which causes the detachment of the epithelium from its underlying stroma. In this way mucin invades the stroma and separates the cells from its basal membrane, with two histological types: pure and mixed mucinous carcinoma, with different implications in diagnosis and prognosis [9]. Capella et al. divided the pure forms into two main groups A and B, group A (hypocellular variant) characterized by abundant extracellular mucin with few tumor cells and less intracellular mucin without presence of granules, group B (hypercellular variant) characterized by more cellular tumors, with greater amount of intracellular mucin [6].

Mammographically pure mucinous carcinomas present as lesions of well-defined margins with high percentages of mucin [10], in the presented case a nodule with increased density was evidenced in agreement to the descriptions reported in the literature. Ecographically, mixed-type carcinomas are hypoechogenic [10] and pure-type carcinomas present as an isoecogenic lesion which tends to go unnoticed in some cases, for this reason can sometimes go unnoticed or reported as a benign lesion, delaying The diagnosis of this pathology [2]. Therefore, the correlation between clinical and imaging characteristics with the histological findings is important for the differential diagnosis of this type of mammary carcinomas [10],[11],[12].

Tumor size is usually smaller in comparison to other types of breast cancer, due to the slow growth of this type of tumors it is possible to diagnose them with a smaller tumor size [2]. Komenaka et al. reported that tumor size has no impact on the prognosis of these patients [13]; However, other studies have reported tumor size as an independent prognostic factor, less important than nodal involvement and the magnitude of the latter is directly proportional to tumor size [1],[2],[4]. In addition, the increased production of mucin has been associated with a better prognosis [6], because this surrounding component behaves as a barrier to limit the invasive capacity of these tumors [14].

Nodal involvement, the most important prognostic factor, is rare; being able to vary according to the histological type: between 2 to 14% in pure mucinous carcinoma and 46 to 64% in the mixed type [2]. This gives value to the sentinel node biopsy. There is a slight tendency to predilection for the left breast according to the literature, being more frequent in the upper outer quadrant. Clinical stage II is the most frequent at diagnosis, in addition it has been described that the Luminal type is the most frequent phenotype among the mucinous carcinomas of the breast [4],[15].

The treatment of this type of cancer does not differ from that of the other histological types of breast cancer, being the mastectomy, quadrantectomy associated with adjuvant chemotherapy, radiotherapy and hormone valid therapy indications [16].

The colloid carcinoma of the breast has a favorable prognosis, with a cancer-specific survival of 94% at five years and 81% at twenty years [2],[4],[7]. It has been shown that the survival of these patients does not differ from the general population; however, it has been demonstrated that the micropapillary variety subgroup of pure coloid carcinoma of the breast presents a worse prognosis evidenced by lymphovascular and nodal involvement [17],[18],[19].

Mucinous carcinoma is a rare variant of invasive ductal breast carcinoma that tends to occur among older women. At diagnosis, it tends to be smaller, less nuclear grade, less lymph node involvement. It is possible to have a diagnosis and timely treatment by mammography, histopathological confirmation, surgical and adjuvant treatment, which gives a favorable prognosis.

Ethical aspects
The informed consent requested by Medwave, has been signed by the patient; A copy of this was sent to the editorial board of the magazine. The authors state that the privacy of the patient was respected according to the CIOMS standards, of privacy of the data collected.

Declaration of conflicts of interest
The authors have completed the ICMJE declaration of conflicts of interest form, and declare that they have not received funding for the report; Not having financial relationships with organizations that might have interests in the published article in the past three years; And not having other relationships or activities that could influence the published article. Forms can be requested by contacting the responsible author or the editorial board of the Journal.

Acknowledgments
To Alejandro Dagnino Varas MD and to the Department of Radiodiagnosis of the Instituto Nacional de Enfermedades Neoplásicas for the access to the films of pathology and imaging studies respectively. 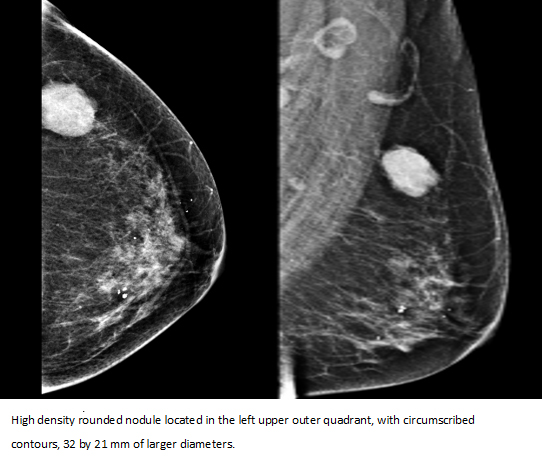 Mucinous carcinoma of the breast is a rare histological type, which represents between 1 and 4% of breast cancers. Treatment does not differ from other histological types, and it occurs more frequently in older adult women. Prognosis is good. We report the case of a 72-year-old patient with a 1-year disease course characterized by the appearance of a slow-growing tumor in the left upper quadrant of the left breast, in which the core biopsy showed mucinous breast carcinoma of a low nuclear grade. The patient underwent quadrantectomy plus a sentinel node biopsy, which confirmed the initial diagnosis. 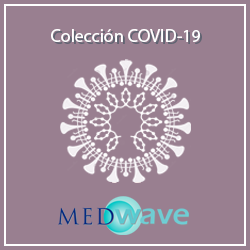 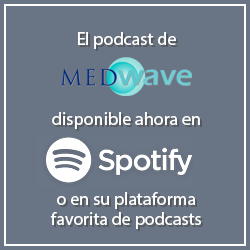