BACKGROUND
For subjects with gender dysphoria, body image is an important aspect of their condition. These people sometimes exhibit a strong desire to change their primary and secondary sexual characteristics. In addition, idealization of beauty has grown in importance and it may increase body dissatisfaction. The aim of this paper is to analyze whether body dissatisfaction in people with gender dysphoria is similar to that in clinical population or if it is more similar to that which may appear in general population. We also looked at gender differences in body dissatisfaction.

Throughout history the concept of body image has evolved especially since the early twentieth century [1]. Baile proposes an integrative definition in which body image is a complex psychological construct about how the self-perception of the body / appearance creates a mental representation, composed by a perceptive body schema as well as its emotions, thoughts and associated behaviors.

Currently, body image not only means the way you perceive your body, but also the way one feels and acts on these insights thus, body image is an important part of self-concept. Given its complexity, if you do not have a healthy body image, the own body can become a major problem for many individuals. Dissatisfaction with body image refers to discomfort and dissatisfaction that a person feels with her or his body. It includes assessments of body parts or the whole body that tend to overestimate or distort the body proportions with negative connotations  and an extreme obsession for with physical appearance that disrupts normal functioning [2].

Every culture throughout history has had a stereotype relating body image and cultural globalization [3]. Currently, "the body beauty" is promoted as a tool to achieve social success and is related to gender identity. When a person perceives not fitting these ideals of beauty, body dissatisfaction can develop in both, women and men [4],[5]. Men tend to be more concerned with the volume of their body (chest, arms or muscles), women tend to be more concerned about their weight (satisfaction shape / volume of the body or breast size) [3],[6]. For many years now, body ideals are associated with health problems, like eating disorders in women.  In the last 10 years, and simultaneously with the appearance of muscular male body ideal, first cases of vigorexia or muscle dysmorphia were documented [7].

In addition, the thinness in women and muscles in men have been associating with social desirable characteristics for both, as having interpersonal and social success, health, among others. Therefore, we find that having a body according to the standards of beauty is not just a matter of preference, it has been gradually turning into building an identity [8].

Body image is a fundamental condition for subjects with gender dysphoria. Persons with gender dysphoria have a dissonance between their biological sex and their gender identity [9],[10] thus body dissatisfaction can appear. Since childhood, they have had feelings of anxiety for being totally different from those people of the same sex. They prefer playing games of the other sex. They start to wear clothes of the opposite sex from an early age, not for fun but as an expression of the feeling of belonging to that other sex which is not theirs.  Their youth is affected by the alienation and loneliness. Eventually, they end up discovering their dissonance and realizing that they would be happier if they belonged to another sex [11].

There is no precise way to define membership to one sex or another. However, our body is our calling card and people will treat us as women if they perceive our body secondary sexual characteristics corresponding to a female biological sex, or men if they perceive these secondary sex characteristics corresponding to a male biological sex even if their identities are different [12].

In these cases, persons with gender dysphoria are in a continuous conflict between mind and body, since they are born and thus body dissatisfaction can appear. This dissatisfaction (morphologic dissatisfaction) is different from body dissatisfaction due to ideal body beauty internalization. Dissonance between body and gender identity is due to a hormonal illness, but internalization of body ideals could influence too. It is common in gender dysphoria subjects, a manifestation of a strong desire to change their primary and secondary sexual characteristics [13], even many of them have reported being very dissatisfied with their body, suggesting that the body is the main source of suffering [14].

We can find people with gender dysphoria who were born like men but their sexual identity correspond to women (female transsexuals) and female to male subjects (male transsexuals), people who were born like a woman but their identity correspond to a man. Male and female transsexuals make all efforts to ensure that their bodies suit their identities. These people have a persistent concern with hiding their primary and secondary sexual characteristics, and most of them ask for hormonal and surgical treatments to change sex. Female transsexuals tend to hide their male genitalia with pressure garments. Since adolescence, male transsexuals tend to wear male clothes, they often hide their breasts with compression garments, and try to pass off as people of the opposite sex in public [9].

Participants
Cross-sectional study composed by 52 persons with gender dysphoria (30 male transsexuals and 22 female transsexuals). At the moment of the study they were in evaluation phase previous to surgeries. Hospital Clinic in Barcelona and La Fuente de San Luis health center in Valencia gender dysphoria units were contacted and they participated voluntarily. All questionnaires were collected from September 2012 to September 2013. All participants gave their consent to participate voluntarily.

Instruments
All questionnaires were inserted into a single document. A battery of questionnaires was administered with the following contents: sociodemographic data, Eating Attitudes Test (EAT- 26) [15], body dissatisfaction of Eating Disorders Inventory- 2 sub-scale (EDI- 2) [16] and IMAGEN [17].

In Table 2 cutoffs of the direct total score are shown.

Table 4. Means and standard deviation (SD) for results, all questionnaires.

Gender differences regarding body dissatisfaction were also analyzed using the Kruskal-Wallis H test. The results were c2 2 (1) = 1.00, p = 0.317; there were no differences between the types of transsexuals using body dissatisfaction subscale score of Eating Disorders Inventory- 2. Using IMAGE total score on the same test showed similar results c22 (1) = 2.09, p = 0.148. In Eating Attitudes Test a rate over 20 indicates that a person may have an eating disorder. A t test was performed to evaluate whether the sample in our study could come from a population with expected value equal or greater than 20. A t(50) = -11.06, p <0.001 was obtained. Gender difference was analyzed with Kruskal-Wallis H, and obtained a c22 (1) = 2.54, p = 0.111. All differences found in the group using the Kruskal-Wallis H are reflected in Table 7.

In general, results confirm the first hypothesis. Body dissatisfaction present in people with gender dysphoria was different from that present in the clinical population, using the IMAGE and the cutoffs 14 and 16 for the subscale of body dissatisfaction EDI- 2. Only no significant differences were found when we evaluated whether the sample came from a population subscale of body dissatisfaction EDI- 2 greater than or equal to 11. Most previous studies used the cutoffs 14 and 16 as cutoff values indicating the assessment of a possible body image disorder associated with an eating disorder [20],[21].

It seems that body dissatisfaction associated with thinness in people with gender dysphoria is intermediate compared to the general population and clinical population. Perhaps pressure towards beauty ideals increases for people with gender dysphoria since at all costs intend to be identified according to their identity and not to their secondary sexual characteristics.

In fact, the hypothesis that the sample comes from populations with higher expected value in the Eating Attitudes Test is rejected. Eating attitudes are different between subjects with gender dysphoria and people with risk to suffer an eating disorder. There were no gender differences in the sample for this test.

These data allow us to speculate that maybe people with gender dysphoria have a greater risk of suffering any problems related to body image or eating pathology [23].

As a general conclusion, the level of body dissatisfaction associated with thinness is above the general population in people with gender dysphoria. Body image is an important aspect of their condition, it is important to address the study of their body dissatisfaction caused by the internalization of beauty ideals. This is to avoid the development of additional problems, such as eating disorders or related to body image.

Ethical issues
The Journal certifies that this study has been approved by the research ethics committee of the Hospital Clínic de Barcelona, Spain.

Conflicts of Interests
The authors have completed the conflict of interests declaration form from the ICMJE, which has been translated into Spanish by Medwave, and they declare that they have not received any funding whatsoever to write this article, nor have they any conflict of interests with the matter dealt herein. Forms can be requested to the responsible author or the editorial direction of the Journal. 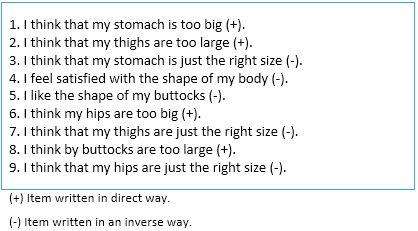 Table 4. Means and standard deviation (SD) for results, all questionnaires.

BACKGROUND
For subjects with gender dysphoria, body image is an important aspect of their condition. These people sometimes exhibit a strong desire to change their primary and secondary sexual characteristics. In addition, idealization of beauty has grown in importance and it may increase body dissatisfaction. The aim of this paper is to analyze whether body dissatisfaction in people with gender dysphoria is similar to that in clinical population or if it is more similar to that which may appear in general population. We also looked at gender differences in body dissatisfaction.